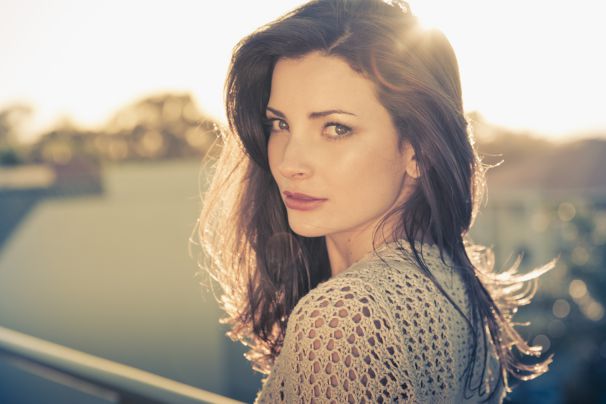 Why do we women fall for men who are outgoing and charming? Why do we get carried away by their glib talk when they flirt with us so nicely? Why do we believe them when they say that we are their only priority in their lives?

They will do all this just for some time - till we fall for them. I have experienced this in all my relationships.

Once the man gets a feeling that his woman is going to be only his, he will change his priorities.

I fell in love with a married man. I started talking to this man about five years back. I came to know him through one of my friends. He was attracted by my name and came over to talk to me. I was a free bird at that time. I was very young and a very lively person. I had never felt the need or the urge of being in a relationship because I was always surrounded by men who wanted my attention. One guy was very serious about me and asked me to get married to him. I liked this guy and agreed to get married to him. But he moved to another country. So we now shared a long distance relationship.

This married man was a real charmer and the people around him were always attracted by his charismatic personality. I loved it when he started giving me all his attention and said that he really liked me. I too liked him. We would chat for hours and nothing else mattered at such times. Our conversations became more personal as we shared all our fantasies.

I felt I had found myself a perfect match.

I started falling in love with him more deeply with each passing day. One fine day, we decided to go out when his wife was not in town. We had a nice time while having our lunch and suddenly that feeling of attraction brought us closer together. We kissed each other. It did not stop there. We had the urge to get closer to each other. I could sense this. We then went to his house where we got intimate for the first time.

We never felt we had done something wrong. But that was also the day when I realized that I had become intimate with a man who was married.

But we fell in love with each other and liked everything about each other. He then introduced me to his family and his daughter. I liked them all and even got emotionally attached to all of them.

I always felt that God had blessed me because I was truly in love with a man of my dreams.

Eventually, I got married to the guy with whom I shared a long distance relationship. He seemed like a new person to me now. We had lived miles apart for such a long time.

Somewhere along the line, we had lost the connection that we had shared earlier.

But he kept his promise of getting married to me. We had faced a lot of rough times all through this time. I somehow feel that this was one of the reasons behind my falling in love with this married man. A year later, I left India and went to stay with my husband. Unfortunately, our married life was not very smooth sailing.

I realized that I was still in love with the married man.

I still felt deeply about him. He was the top priority in my life. He was much older than me and in spite of being in love with me he had a different way of handling things. He always ensured that his family was well taken care of.

When he was with them, I would play a secondary role in his life.

I would just wait for him to reach out and approach me. This continued to happen all through my married life. We have been married for 5 years now but I am still emotionally connected to the other man. I love him so much.

I want to have a family of my own too. But now all of us know one another. I am an integral part of his family and he too is a very good friend of mine. I really can't think of being officially married to him. We share an awesome chemistry and even today both of us agree that we are made for each other.

But I really get hurt because sometimes he is easily able to deal with our relationship by getting his priorities right.

He says he is just living with his wife for his daughter and doesn't love her anymore. But then he will contradict this by handling all her things for her. At such times he will ensure that he is not in touch with me and he will be with her and ensure that she is comfortable at all times.

On the other hand, I will respond to him immediately.

I keep thinking of him and wait for him to ping me or reach out to me instead of focussing on my family and handling my chores. I am not just able to keep my emotions in check at such times. I am deeply pained because despite being in love with me he is unable to leave his family. And I am not able to handle anything properly in my family because I keep thinking of him. I feel so lost sometimes. I know I truly love him and that he loves me too. But I don't know how to deal with this situation.

How can I become strong enough to handle my emotions?

Maybe I just ended up complicating my life by entering into a relationship that I had never initially been interested in. I did not know that this would change my life completely.

Do share this story because being in love with another human being is a beautiful feeling. It can light up our lives with joy and happy memorable times. But we all go through a stage in our lives when we realize that our happiness, our sense of balance and peace can never be derived from another person. Spending time with our loved ones  definitely doubles our joy but maybe we should learn to be happy all on our own too.