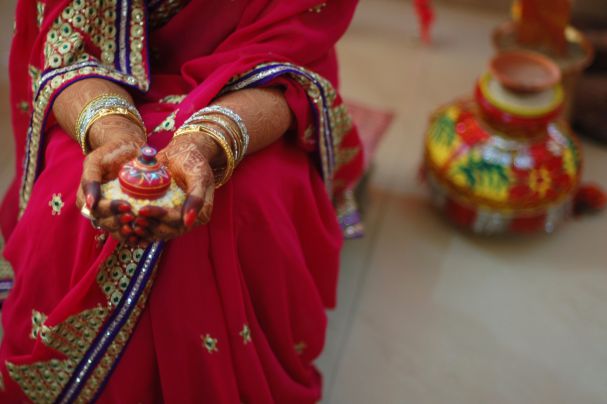 I married the guy I loved the most. I dated him for 8 years before I married him.

There was lot of opposition from both our families. More from his family. As everyone thinks, it was not a marriage. His family members even blackmailed my parents that they'll find a new girl for him. They repeatedly rejected the marriage proposal from our side, saying that I was not suitable for him.

The most life shattering experience was when he fell for another woman after 4 years of us being together. When I found out, I went into depression after breaking up. After that incident, for almost 2 years, I lived a lonely life. Except for my career, studies and work, I had nothing to go to.

As a doctor it's not easy to do post graduation on merit, there are limit number of seats available. That too getting the branch of your choice is a nightmare. But I didn't give up, I did my best. I worked hard to take care of my parents and brothers.

Finally, I got the seat of my choice. I always loved him, sometimes more than he deserved. I realise that.

After two years of hard work, I had the career of my choice. One day all of a sudden, he came back. I don't know for what reason, he apologized and asked me to marry him.

Even then I forgave him and said yes but I'dd never trust him again. After marriage, again for professional reasons, I had to shift to another place. Now he is frustrated because he can't stay alone.

I am staying far away, alone too. I feel lonely as well. Moreover his job as a IT professional is far easier and cooler. At least he has weekly 2 days off and time to have proper food, sleep and rest. Now he wants to shift with his parents and his sister's family.

This is a big decision but he didn't involve me. Even though his sister is married and has 2 kids and a working husband, she wants to stay in his house. She expects his salary to pay for all the expenses of the house, for her children too. And the most shameless thing is she wants him to pay for her husband as well.

His immediate family are the greediest people I have come across. I ignored this as well. But the problem with his sister is that she is always brain washing him against me. She says that I'm careless about her and his whole family.

The worst part is that my so-called husband blames me for it. He throws verbal abuses at me and many a times completely becomes unavailable for me.

I am not able to figure out what I should do now. I feel like all this while, he just pretended to love me. He broke my heart first, I recovered. Then he rejected marriage proposal repeatedly. I tolerated his parents' abuses. I consoled my parents instead and became their backbone to support the family.

His sister always demeaned me in front of everyone. I ignored. He pays all of his salary to his family. He thinks I manage myself since I am earning better than him. But now he will be staying with his entire family, including his sister. I know for sure that he will get influenced by his sister again and will definitely harass me. What should I do?

I married the guy I loved even though he ditched me for another woman. I gave him a second chance but now it's a downfall and there's no going back. I don't know what to do.