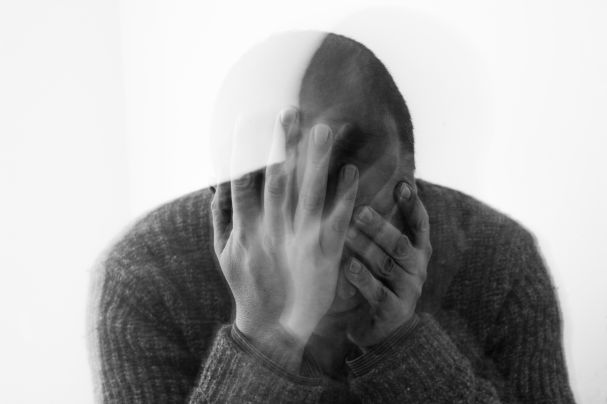 My only fault was that I was doing something that I had always wanted to do and I was happy when I did this.

Ah! Nobody notices such things today. They never did. Poor me. I was always unaware of these facts. This was way back then when I used to play cricket. I was good at it too. But the fact was that only my poor grades were under consideration. It took away all the limelight from my achievements. My skills in the game went unnoticed. I should have understood such things about life.

We all live to work and run in a race that is set out for us.

We have to run this race along with many other people who have killed their dreams to get into this race. It does not matter if we are not happy for the rest of our lives.

Money is essential. I agree. But what about happiness? Isn’t that a necessity too?

I was still a boy back then. I was unaware of my scope in the world and did not know how people measured our worth. I was holding a knife in my hand and was about to end my life. My hands were shivering. My eyes were filled with fervour and helplessness. My soul craved to live my life. I could clearly feel the fear in my heart. I was as scared as a kid who was watching someone being killed. I could feel my heart pumping blood at a high pressure. I could feel my breath and it was as if I was a kid watching someone die.

I had the courage to kill myself that night. But I was scared too. I did not want to wake up and realize that I had failed at this the next day.

But then I did something more courageous. I chose to live a miserable life.

I brushed aside my desire to die. I put the knife back on the shelf. I held my hand over my mouth. I covered it tightly because I was breathing heavily and I did not want to wake any of the people around me. Those hiccups and my heavy breathing were painful. I couldn’t sleep the whole night.

Depression is like a dictator. It catches hold of us and rules our mind. It is as if the tip of a dagger is placed against our heart and throat. Living with depression is indeed the toughest job ever. It clings to us even though we try to discard it a hundred times.

It’s been 11 years since I faced depression for the very first time. Those days are still with me. I can never forget them. I was constantly bombarded with thoughts of failure and one night I almost put the tip of the knife into my stomach. But that day I realized what anxiety actually was. So far I had been living with depression and depression alone. I had been facing this from an early age but was unaware of it.

Back in those days, when I lived in Punjab, I often got bullied. People often called me names and teased me. Most of the Muslims were familiar with such words. It broke me to the core. I was young. I did not know that such things were not meant to be taken personally.

People break the hearts of other people by making fun of them. They make fun of others to validate themselves.

The next day, I felt as if I had passed an inner battle. But I felt I had failed myself and surrendered to depression.

I could see how depression ruled me but anxiety was my best friend now. I played with it now. Others could see it in my craziness, in my over talking and in my excessive enthusiasm. But nobody was able to dive deep within those eyes and see how depression beat me and bullied me. They could not understand how difficult it was for me to tolerate all the pain that it was causing me.

Yes, I have committed mistakes. I have failed too. I have disappointed people and have done things that could easily make people hate me.

But I was so unaware of the facts back then; I did not know that when I did such things, my actions would be engraved in their hearts forever. Depression had misled me. Nothing was a constant in my life. Neither my happiness nor my pain.

The only constant was my tears. They would never leave me. Everything else would come and go but not my tears. So I would surrender to them every night.

My heart would feel so heavy because I was carrying a big burden of sorrow along with me. I knew everything. I knew people teased me because they did not like me.

At the age of 15, I understood that ‘looks matter.’ Priorities are set based on the way you look. No one notices the inner beauty though they talk fancy things about it. I was a teenage boy and I knew nothing about such things. It was depression that taught me all this.

I was being raised by my depression. My parents were just my guardians. Depression raised me and made me grow up to the ways of the world.

It was always around me even when I didn’t want it to be with me. It manipulated my thoughts and made me feel more miserable during my bad phases. It also made me feel more anxious when happiness knocked at my door. I kept repeating my mistakes just to prove myself to people who never really cared about me. Now, I know I should never have done this.

I learnt to lie because I wanted others to accept me.

I was unaware of the fact that lies were just illusions and fade away quickly. I landed myself into an even more miserable situation now. It was a trap set up by depression so that it never lost its hold on me. So that it would stay connected to me. Depression plays dirty games. It was a fight. A constant fight between what I actually wanted to do and what depression was making me do.

I not only committed mistakes, I kept repeating them to make my parents proud. I did not know that this would just bring me down in their eyes. I just wished to see them have some respect for me. I wanted them to be proud of their son and not look down upon me as a mistake or a responsibility. But alas! I am not blessed enough to live in this kind of a heaven.

Finally, after 11 years, when I did learn to live with depression, I started feeling happy.

Maybe I chose to be happy. I tried to rectify the mistakes that I had committed. I worked on them.

But this time my fight was not with depression. It was with the world that depression had created using me as its tool. I had two options left with me. I either let the world rule me or create a new world for myself.

We all fumble, stumble, falter and fall as we find our feet in this beautiful world. These struggles are very personal and extremely painful but they also make us stronger. Let’s share this brave young man’s candid story and applaud his determination. Someday soon, his face will surely sport a huge smile of happiness. Nothing is impossible for the resolute soul. Truly.

A bird of pain