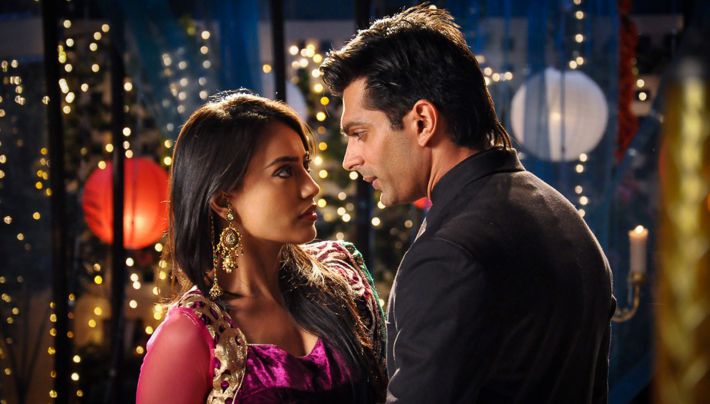 Bold, independent and successful, it was love that had me tie the knot at the age of 23 (he was 29).

Nine years of love, tussle and efforts to convince our parents had finally paid off. I was a pampered child with my parents doting over me unlike the general norm of elder siblings missing out on their love to the younger ones. A student par excellence throughout school and college, I was a favourite of my teachers and corporate heads, going forward.

My guy, on the contrary, was not as academically sound and came from a conservative family. However, this did not deter me from hitching up with him and we took our wedding vows in a grand ceremony.

My first steps in his house and I realized that my in-laws were far more orthodox and narrow minded than I had perceived them to be. A joint family, I was exposed to a number of restrictions such as discarding all western wear, staying silent in family discussions with no say of mine etc.

The restrictions were so much that I had to plead them to allow me to continue my job. It was the year when I was coping up with my new world that I gave birth to my son. However, the scenario at home had changed a lot by then with us (my husband and I) ending up in arguments almost every second day. My poor health conditions during pregnancy, rising from the fact that I was forced to continue my job during the crucial months and post-delivery, had created a dent within, with me losing self-confidence.

We finally took the step of staying separate, not too far from his family but in a house of our own. This decision called in blames and swears from my mother-in-law who believed I had tricked her son into doing this.

For me, being away from all the tantrums and irrelevant rules was a relief and I enjoyed my space with my toddler. Troubles came in when the entire household chores were left to me besides taking care of our kid. My MAN loves hanging out with friends and now with us living separate, it was but easy for him to extend the hours outside home. While he partied with friends and went for outings, I was confined to our home, tending to regular duties.

I lost connect with the world outside and the one within. The only respite was seeing our son grow up, engaging in his cute antics and tending to his needs.

When my son turned a year old, I decided to get back to the corporate world. My mother looked after the kid in my absence and this was a huge support. Back in schedule, my life moved ahead steadily with me back among my friends and getting rid of all baby fat accumulated over months. This not only got me attention from my peers but also my lost self-confidence.

While life was good the way it was, I crossed paths with one of my old friends and things just changed. It’s been three years since we first interacted and I won’t deny the fact that I do find solace in him. We haven’t met till date and yet we stand as each other’s pillar of strength, sharing our life and its happy and grim moments.

It did feel a little awkward initially as it was something I had hidden from my man but this was the only escape I had to keep my emotional self in place. I find love and affection in him that I had been long yearning for from my partner.

While I know there’s no future for us and he shall be getting hitched soon with the girl his family chooses for him yet I feel addicted to him. He is the only person around in my moments of sadness. He’s brought back the individuality in me and the smile I once oh-so-proudly carried. We have shared our feelings for each other and respect our space, knowing that the present is set to change soon. The one consensus we have reached is to live this day, this moment.

Expectations often lead to heartbreaks and it's better to allow yourself to rule the present than be in constant pain and fear of the future.