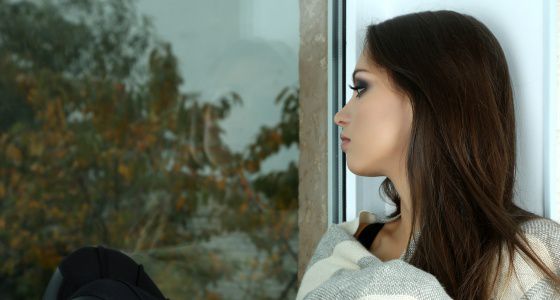 They say you always find love when you’re not looking for it. When you’re not constantly searching, wondering where your significant other or, ‘The One’ is.

And it’s funny, because that’s exactly how love found me; and then left me: In the most unexpected way.

Ping. My phone beeped with a notification. It was a poke. He was unknown at that time: however, to cut a long story short, we continued to poke each other on Facebook until the day I decided to take the first step and text him.

And our endless chatting began. We spoke about everything from our favorite tv shows to our siblings, to our passions and fears!

There was this sense of familiarity that I shared with him; as if I’ve known him for years.

Soon, our chats turned into long calls over the phone. He won my heart with his humor and charm.

We never ran out of topics and soon, we decided, it was time to take the next step. And so, we decided to meet for a movie and lunch. I still remember how nervous I was. I was sweating and shivering at the same time!

Was I having second thoughts?

Strangely, both of us reached the station at the same time.

A wide smile spread across my face when I saw him and was replicated on his face too.

He was dressed in a white T-shirt, black cardigan, and blue jeans, he looked dashing!

I found it cheesy that he was holding my hand as we walked, but I think I was just too nervous. We reached the movie theater and frankly, don’t even remember which one we saw because of what happened in the theater.

At one point, he caught my gaze and smiled at me. I smiled back, so he began to lean in. Close to me.

That’s the best part of a kiss, when you both lean in, your lips not even an inch away from each other, and you can feel their warm breath on you.

As we kissed, that’s when I knew, I had fallen for him, hard.

After the movie, we went for lunch, and no one would believe that this was the first time we were meeting. It was wonderful. Eventually, we began meeting every Tuesday.

Once, he kissed me in the middle of the road and another time, when we were sitting and waiting for lunch at a restaurant.

An uncle at the table beside us smiled as he observed this young couple in love. Our attachment for each other grew stronger and stronger. Little did I know, that he was soon going to say something that would change my world.
Much like the first ping that turned my life into this wonderful story.

He told me that he was going to leave India. Forever.

At first, I was shocked; angry even, that he kept something like this from me. But soon, we began talking about this decision, logically and we decided that we wouldn’t break-up. We would manage our long-distance relationship because we cared about each other too much to end things.

While we made this commitment to each other, that’s when he began changing.

It was at the time of his cousins wedding. That week, was the first time since we began talking, that we didn’t exchange a conversation or a text with each other. When he came back, I asked him to meet and when he hugged me, I was sure that I was in love with him. But his hug, it almost seemed like a ‘good-bye’.

As the days to his departure came close, he began to feel more and more distant. Coincidentally, his flight was on the same day as my birthday.

I tried not to read into this and even stayed supportive as he got busy with his packing and forgot that I existed. The phone calls became less, the messages almost even more. He wasn’t online on Facebook or Skype. And then came the day, my birthday, and the day of his flight.

I tried calling him, but in vain. His phone was unavailable or switched off. He didn’t even meet me before he flew.

Another unexpected notification on my phone, it was him,

“I’m sorry for everything.”

Share this story because separation does not end love.