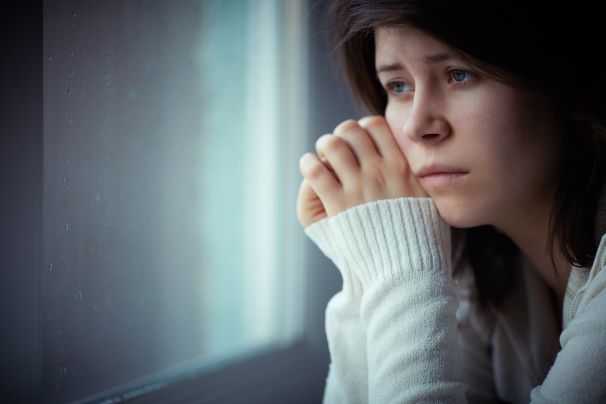 I was born in an orthodox family but was blessed to have a very loving father. He always gave me the freedom to pursue my dreams and my education. I was encouraged to follow the path of engineering and I loved every minute of it. I understood what I was getting, from a very real age, so I was dedicated. And that’s when I met my Prince Charming. I was a chirpy, bubbly girl of self-confidence. I’ve never felt ugly and I knew that I was a strong and independent woman. But my Prince told me this every single day. Never had I felt happier, or luckier, to find and be with a man who loved me the way he did.

In short, I began turning all his fantasies into reality. And while I thought I was living my dream too, I realized that I was living a life full of humiliation. So why didn’t I leave him? Because of the morals that I was born with. The only step that I took out of line was that I picked someone like him and decided to stay true to him.

I didn’t leave him when he abused me. When he crossed all boundaries that a man and woman who aren’t married should. One day, he filled vermilion on my forehead and called me his wife. I got carried away and somehow, I felt this relationship was forever. He used to drink, smoke and spend all his free time with his friends. The only I got was when he was wasted and wanted me to get into his bed. Money, sex, laundry, ironing, cooking… whatever he wanted, I was there for him. I craved for his attention. I yearned for it, every single day.

Girls around me were jealous when they saw us together when they saw how he swooned over me. If only they knew. His parents by now, were after him to get married. And he told me that he wanted to marry me. Of course, I was foolish and said yes, without a second to think.

My parents opposed and tried to stop me, but I was adamant. Finally, my father gave in. The only man who loved me dearly. He fell to his knees and begged me to reconsider. Within a few days, I married this man.

There are just so many things that went wrong after we got married. All his sweet talks, they were just that… all his promises, everything just washed away. Even now, he still spends all his time with his friends. He made me stay away from him for more than 18 months. But his parents wanted a grand-child and he found a way to get me back to his bed.

His friends are guys, and I often cried and told him that I wish I was a guy so he’d give me the attention that I deserved. I even wondered if he was gay. We’ve had sex not more than 20 times in the past 3 years of our marriage. But now I’ve had enough.

I know I deserve better. I came across many men who are interested in me. Who even found me beautiful. But I’ve ignored their advances because I was loyal.

Today, I know I was foolish to believe anything that he said to me. He never loved me. I’m fighting a war inside of me. I was selfish once to force my parents to get me to marry him, and now, I have to convince them to let me get my divorce.

I know I’m putting them in a tough spot; they're well respected in society but I don’t care about them. I just want to leave this man and stop being depressed… Depression is just a small word to describe what I was feeling. He just wanted a trophy wife to show society, that’s all.

But I promise you, my dear husband, I’m going to get free. Out of these bonds. I deserve a man who loves me. I still believe in love and more importantly, I believe in God. I know I will get my justice.

Share this story, to remind everyone that not all love stories have happy endings. And if the end isn't a happy one, then the story isn't over yet.

To The Man Who Almost Married Me: Here's The Real Reason Why Divorces Happen