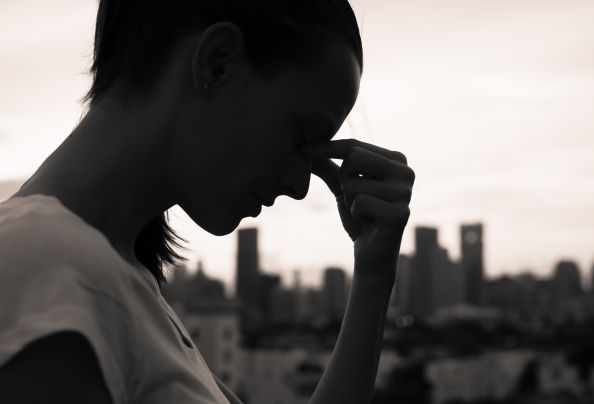 I am a successful person, in my career, society, and life. Being a girl who had achieved a lot, I was famous among my community and everywhere people know about my honesty, sincerity and hard work. I work in a different state and visit my hometown very frequently as I have to take care of my parents. Life was more than perfect. Soon, my sister started working out of state too.

After my sister got her job, my parents began looking for suitable matches for the both of us. But because of my parent's lack of contact, we couldn’t find a suitable match according to my job profile. I was also rejected numerous times because I was overly educated and had a better job than most of their sons.

One day, this boy joined my office, he’s around three years younger than I am. Soon, my colleague/friends began telling me that it seemed as though he was paying more attention to me than the others.

I took it as a joke and as a senior, I began teasing him with my friends too. He was very innocent and even though I tried to protect him from my friends, we began developing a soft spot for each other, in a colleague manner, no doubt.

Meanwhile, he began giving me hints about his feelings for me and his childish innocence made me fall for him. I called him and tried to end things right then and there itself. I told him about my small village scenario and how I wasn’t allowed to be with anyone outside the community. I even told him about the social pressures that his parents and mine would have to face once society would find out about us.

He was adamant about the relationship so I told him to take me to his mother.

I was sure that his mother would refuse this relationship immediately. But he made a lot of excuses and stretched it out for three months. Eventually, I generated a strong emotional attachment to him.

I never cared much my appearance and beauty; I was chubby and my skin was uneven with lots of scars, stitch marks, and pimples.

He tried hard to make me “pretty” would tell me in indirect and sometimes direct ways to get me to eat healthier and look prettier. He never spent money on me. I thought since he was on an education loan, I should let him get stable first before spending on me and so would end up spending for the both of us.

Those three months soon extended to two and a half years. Every time I asked him to introduce me to his parents, he would give me some lame excuses and emotional drama to delay this.

In those years, my father found a number of suitable matches but because of him, I rejected every one. My father even got angry but I simply told him that I didn’t find anyone half as suitable. After a few days, I told him about this boy from my office. I was surprised; he took it calmly and asked me if he could meet this boy. He also asked me if his parents would approve of us and if he thought we both could convince them. I couldn’t believe it.

A while later, my dad came back to my room and told me that there was a chance that this boy wasn’t as mature as I thought him to be.

I didn’t listen to him and planned to fix a meeting for them all. He gave me his mother’s number.

All I heard after, was a string of abuses. Words that I couldn’t even understand, but I was sure they didn’t have anything nice to say. She even accused me of doing black magic on her son. I cut the call and immediately called him and told him I was done.

He came to me and begged me to wait for a while and let him handle things.

I waited and waited. My father, tired of waiting asked me for an update. I told him that he said he would talk to his sister. Fortunately or not, she was getting married and since the atmosphere in the house was a festive one, he didn’t want to spoil his mother’s mood.

Once the wedding was over, which took nearly a year with the preparations and so on, I asked him what his mother had decided. She said we had to wait for another six months, as siblings couldn’t get married within a year of each other. I was frustrated now.

My father said he wasn’t going to wait anymore. He found a boy for me. He was a good match; had a government job and was kind too.

This boy came running to me when he found out through our common friends. He begged me to reconsider and told me to wait for just a while. I believed him once again and decided to refuse the proposal that my father had found for me.

One day, almost 5 years later, he told me that he was ready to marry me.

Since I had refused the proposal, it was difficult for me to find a suitable match in society and so, when he gave me the date of our wedding, I was over the moon.

I left my home and began starting my wedding preparations. From jewellery to mandap design, to everything; I was excited. Soon, I began to realize that I was paying for everything. He was always giving me excuses about not having enough money.

When the marriage dates approached, I had ended up paying for the entire wedding, our clothes and even some construction that was happening at his house in our name.

15 days before our wedding, my father asked me to come and spend some time with the family. I went and talked to them about everything. He asked me if I wanted to reconsider the wedding, that there was enough time to cancel everything. He was concerned about the finances too, even though I assured him that I would manage. My boyfriend constantly called me and asked me to come back. He was scared that my father might be successful in changing my mind.

When I returned five days later, I was shocked to find out that he hadn’t done anything for the wedding preparations.

My friends and other family members had booked their tickets almost a month or two in advance. Some even sent gifts of my choices. I had invested 5 lacs in this wedding; from invitations, planning everyone’s stay and travel, even the menu, and decorations. While he did absolutely nothing.

And just like that, one day, he came and told me that we should postpone the wedding.

He said the house wasn’t ready and it was going to be around two or three months till we should even reconsider our wedding.

I screamed and asked him to leave. I fell sick in the next few days and had to be hospitalized. My sister came down and helped cancel the wedding and inform our guests. She began selling and donating my clothes, jewelry and more, because of the amount of money I had spent, sorry, wasted on this wedding.

It’s been two months now and all I’ve been doing is crying myself to sleep every single night.

And guess what, he hasn’t called even once.

Share this story, because there are a lot of stories out there that can help avoid heartbreaks and heartaches; like this one.