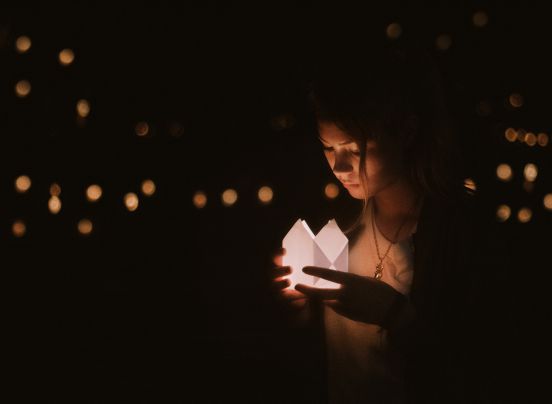 I belong to a respected and honourable family. I am my parents' only daughter. My parents wanted me to become an engineer so I pursued engineering, but I wasn't interested in working for an IT firm. I chose to become a lecturer instead. I was happy with my life. I had everything I wanted - supportive parents, good money and a promising career. As I settled into my profession, my parents wanted me to get married. They started searching for a guy and after three proposals, there finally came a marriage proposal that they were interested in. My parents met the boys' parents.

In the first meeting itself, the boy told my parents that his first engagement had broken up. My parents didn't take it seriously because they assumed that these things happen with many people and so they fixed our engagement.

Just a month before the wedding, the boys' father demanded a very high amount from my father. My father denied it and threatened to break off the engagement. His mother and brother called immediately after and apologized to my father and so I got married to him. My husband was working in a different city then and my in-laws were staying with my brother-in-law.

Within one month of our marriage, my husband asked me to go stay with his parents, away from him. He said he would visit me, every weekend.

I refused to do so. After a few fights, he finally agreed to let me stay with him. Soon after, I got pregnant. I told my husband that I wasn't ready yet for the pregnancy but due to the family pressure I finally had to accept it. During my pregnancy, the relationship between me and my husband worsened. He would only fight with me, yet I kept hoping that after a child things would become better between us. But even the arrival of our child could change nothing between us. When my baby turned six months' old, I returned to my parents' home.

My husband didn't even come to see his child. When three years passed like this, I decided to divorce my husband. But one of my cousins got in touch with my husband and somehow reconciled things between us. Now my husband works abroad and only concerns himself with his child. I keep asking him the reason why he behaves so aloof with me and why he doesn't even accept me as his wife. But he only says that he isn't interested in having a relationship with me.

He keeps complaining that I have way too many stretch marks, that my hair is curly not straight, that my skin is hard to touch, that my body temperature is too high. He makes me feel bad about myself, like I am not good enough.

I don't know whether I should stay in this relationship or simply quit.

Share this story because nobody should have to think twice before leaving a sinking marriage, even if the reasons are vague.