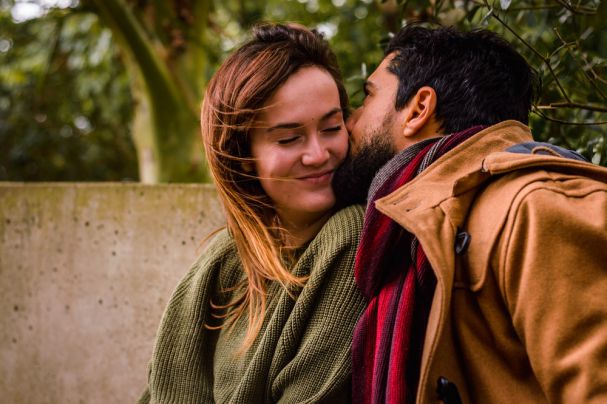 I was not interested in love until my graduation. Later, I joined the college for post-graduation which was 300 km away from my hometown. I was scared of this people as it was a new place for me and even during my holidays, I stayed in my hostel only. This made me miss my home very badly and I started feeling lonely even though I had friends.

A few weeks later, I met a guy who impressed me with his attitude but I never thought of loving him.

One day, he texted me and I was kind of shocked. But I replied to it and that’s how the conversation between us began. We used to chat daily and even talk for hours over the phone. I was unaware of the fact that I had fallen for him. Even when one day, he proposed me by saying that he needed me to marry him and wants to spend the rest of his life with me, I felt happy but still wasn’t clear if I felt the same for him.

He asked me many times if I loved him or not but I refused him each time.

And just like that, our first semester was over. I aced the semester and I was very happy to see my result. But he started to ignore me and it made me go mad. During exam times, I wasn’t able to concentrate on my studies and asked him not to ignore me. For my studies sake, he continued to talk to me. After our vacation was over, we met in the college but his behaviour was changed. He acted differently with me and I felt hurt. I started calling him every day but he would reject it. He wasn’t even replying to my messages. I used to cry daily for him.

Soon thereafter, I realized that I loved him a lot and so I confessed my feelings to him on February 19.

He was happy and said that he already knew that I had feelings for him. We started spending quality time with each other. We had also worked on many projects together. It brought me joy to spend every second with him and I used to get all excited whenever we had plans to meet.

After completing my second semester, we went to our hometown but this time, my parents came to know about him. They are very strict about caste and all, and that’s why they scolded me a lot but didn’t beat me. Because I was a good student and always scored the highest marks in my classes. But my parents warned me that they would only allow me to marry him if the love stayed for five years between us. I was ok with that fact but then they added a twist to it.

They asked me to stop talking to him because they thought he was just a distraction in my life and would harm my studies.

I can’t even think about going away from him and they were asking me to leave him. I would rather die. For the few days, I didn’t talk to anyone else and I wasn’t even eating properly. So my mother called him and asked him to talk to me. He called me up and my happiness knew no boundaries. He asked me to have my food and only then, I ate.

We are in our final semester now. My parents had told me not to disturb my studies and only talk to him when I feel depressed. So I continued talking to him even for my next two semesters and as usual, I topped every time. And that’s why my parents never cared to ask anything about him. They thought I left him but instead, my bond with him has become stronger than ever. I already consider him as my husband and can’t stay a single day without talking to him. Just thinking about him brings tears to my eyes because it scares me what if he goes away from me. I would just die. I keep his photos besides me in my purse. God alone knows how deeply and madly I am in love with him. And he loves me a thousand times more than me.

The only difficult thing is that we only have few days left for our post-graduation and I have a feeling that my life is going to be hell after that because I just can’t stay away from him.

I am a religious person who has faith in God. I pray every day to God to unite us. We both have planned to get married after three years as, by that time, we both would be in good position with our career. I don’t know what complication it would bring to my future life but I am ready to face it all. I am sharing my story because my parents are not able to understand it. I just have this to say to other parents, “Please, don’t do this to your kids. Try to understand their feelings and respect their decisions.”

I hope I will marry him only. I will try my best to convince my parents. For sure, I am not going to marry any other guy in my lifetime. I can’t even imagine such a thing.

Nothing is stronger than true love. Share this story if you wish to see this cute love story blossom into a happily ever after.