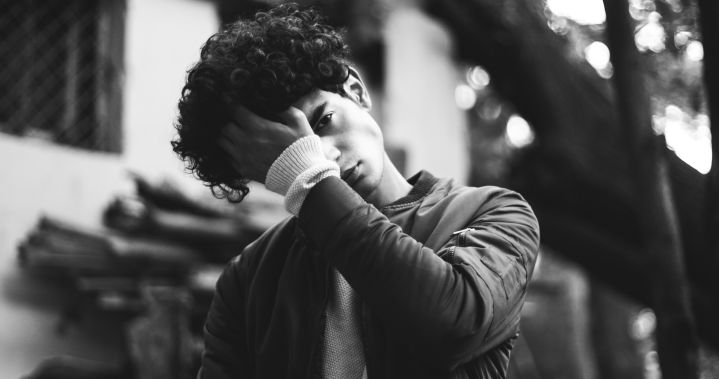 She told me I was crazy, that I was a nut; but she never knew why I was the way I was. The problem is, I told her about my situation and what I was dealing with, but she never took me seriously.

“I was almost raped.”

Wait. How can a guy say such things?

To be honest, I’ve seen a lot of things in my life, from a live shootout to almost being raped. So, where do I begin?

I was 16 years old, I was a ‘punk kid’ who thought that the world revolved only around me. To put it straight, I was a downright a*****e. I was a bully and I enjoyed everything about the way I was.

One night, I was on my way home, I was drunk and stumbling. A guy came over and asked me if I knew where Polytechnic Road was. I mumbled some directions, but since he was new, he asked if I could take him there. I refused at first, but then being tipsy and not entirely in my senses, I agreed. And that was definitely the biggest mistake of my life.

As soon as the car started, we reached a rather lonely place along the way, where barely anyone walked or even crossed, for that matter.

Suddenly, he started acting crazy, he asked me to give him a massage. I was intoxicated and unsure of what he had just asked me to do. But before I could say anything, he grabbed my butt and tried to kiss me.

My dad called me at this time, but he snatched my phone and switched it off. I took this as an opportunity and kicked him between his legs, as hard as I could and ran away.

When I reached home, I couldn’t believe what had happened to me.

I didn’t talk to anyone and lost not only my appetite but also my friends and my girlfriend.

My parents began to wonder if I was on drugs, or if I was hanging out with the wrong crowd. They sent me away from Delhi, hoping that I would change… But this incident had changed my life; had changed me.

Eventually, I met a girl and found myself falling for her. This was the first time, after years, that I began to feel something for someone. As time passed, we began taking things seriously.

I told her everything as time passed and we started dating, officially. At the time, she believed me. The problem began when I tried to kiss her, and an image of that man’s face flashed before me. I couldn’t be physical with her because I loved her… I loved her too much. And seeing that vile face instead of hers, it used to haunt me.

One day, she finally broke and told me that she tried to be with me, but she couldn’t understand me- she thought I was crazy. She told me I should go see someone about all of this and shouldn’t have gotten involved with someone before that.

We broke up; I don’t blame her for this. I probably would have done the same thing if I was in a relationship with someone who behaved like this.

But it’s been six years, and that face still tortures me. I don’t know how to fight these demons of mine, but I know that I have to fight them. I have dreams and ambitions, and more than any of this, I want to live a normal life. I don’t want this baggage lugging around me my whole life.

I’ve decided to tell my parents about this incident, and accept all the help that they have to give me. I only hope that I have the strength in me to confront this.

Share this story, because rape is not okay. We shouldn't be asking how, or why or when, or even whom, what's important is that the victim is taken care of and helped through his or her entire healing process.