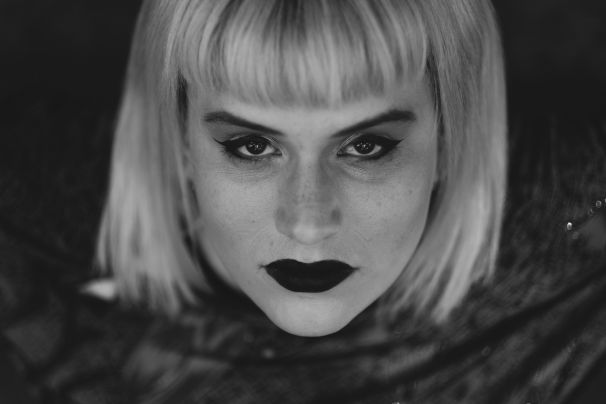 I got married six years ago, to a man I was dating for almost eight years. Too much in love to notice the offs, so much faith in my choice, that I ignored all warnings my parents gave and as it was bound to happen, they gave in and we got married.

His parents with three sons, who were elated to welcome their first daughter-in-law and accept her as a daughter. Little did we all know that the nightmare was about to begin. When an educated girl from an upper-middle-class family marries a somewhat educated boy from a family with little education and lots of money, the problems are bound to happen. They started cropping up over things that never mattered to me, but were prestige issues to them- where would the function be, what hotel, who would the celebrity be and on and on.

Warning signs as explicit as they were, were only ignored. We got married, ventured on a lavish honeymoon that anyone would boast of- exquisite destinations, extravagant hotels, you name it. Then one night, some argument in the rooftop bedroom of a posh Miami hotel later, I got slapped for the first time, and that was just the beginning.

I know you're wondering why. No one could do anything to deserve that. I wondered too, for all those times after that honeymoon I got beaten. But married life continued. He apologized every time but he didn't stop beating me up.

And one day I reacted, and I hit back, which only resulted in me getting further badly bitten, hit, wounded. It took a torn ear, a swollen eye and blue marks on face to realise that this cycle won’t end. And I’m not talking of the cycle of him hitting me, no, no, not that wise yet- but the cycle of him hitting me and me hitting back only to result in more violence - it wouldn’t change, so I stopped.

I stopped hitting back and resorted to a different strategy of warning- warning that I’d go to his parents- but after half a dozen times, no result came of it. One night after the same sequence of events, I lost control and with a bleeding nose, went up to his parents- just his mom actually- I didn’t want matters to go up to his father- who I might add is scary! But things were loud. His father got involved, and as parents would, they separated us from the situation, scolded the son who decided to blurt out that I hit him as well. Suddenly, any sympathy they had for me disappeared. We were both to blame.

My parents were called over, in spite of me resisting. I’m their only child, and it would break them to see me in a situation like this- but the reply from my in-laws was “Why should we be the only ones to suffer?”

The beating stopped only to be replaced by the choicest of abuses and a new cycle started-he abused, I listened- then he abused and I abused back- then he abused and I fell shut (perhaps that would control the situation) -and then one day after all warnings, I sought refuge with my in-laws. They consoled me saying- abuses are normal for men, giving examples of some too- I was forced to share just a few of the abuses with them only to ask them if those were also normal. Big mistake- tables turned- and I’m the only one to blame- I didn’t know how to talk to my in-laws, how could I share the abuses that my husband hurled and disrespect him in front of his parents?

My parents were called again and yet again, a truce was reached. Three years and counting to this day, my father-in-law doesn’t want to talk to me, walks off when he wishes, doesn’t reply if I ask something. Things have changed with my husband though. His abuses have altered for taunts and lighter, easier-to-deal-with curses. Occasionally we’re happy too, some days for sure, followed by the same rut.

My in-laws, however, treat me like I'm non-existent. They hate that I work, as does my husband- it’s shameful that a rich family has a working daughter-in-law, isn’t it? I get taunted for having more household helpers than family members. Sometimes in private and sometimes openly. I ask them what they'd like me to do but they don't even tell me. My husband never defends me, obviously, because I'm always to blame.

If I step up to help around in the household, I have a power battle with his mom, and then step down. You might wonder why I still stay with this man. I wonder too. I did walk out more than once, only to be played on and convinced to be back by my husband. And no, I don’t have a child. We tried though, but I have PCOD and his medical reports are fine- another reason for ridicule. But I don’t mind- in fact, I’m almost glad that we didn’t have a child. What would the child see? What would the upbringing be like in this mess?

Educated, working, handsome salary package, supportive parents- I have it all at my behest, but still I linger on with this nothing of a relationship, thinking every night that I must walk out and thanking God that I don’t have a child yet! But these are just recurrent thoughts and I have not been able to take that step yet!

The more we talk about "ghar ka maamla", the less this will happen. It's your turn to speak.