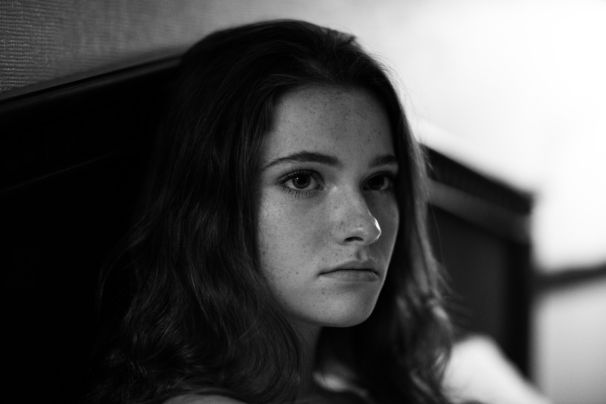 It all started back in 2014 in October at Maddox square on Durga Pujo. He was standing there with my closest school friends. We started texting and although initially I was a bit skeptical about getting into a relationship with him, I did fall head over heels in love with him instantly. I ignored the doubtful questions in my head.

No, he was not one of those perfectly handsome guys us girls often dream of but he was this apparently naive nerdy guy standing at 6’1” ft tall, promising the world to me, assuring to never let go off my hand no matter what.

He was the apt poster boy for those Facebook quotes about nice boys getting 'friend-zoned' by girls, hence, there was no room for doubt. His love made me surrender myself to him. Before I met him, I was this spirited, ambitious 20-year-old, but also a naive little girl inside who still believed in her 'happily ever after'.

Fast forward to today, my ‘happily ever after’ lasted for two short years with him before he opted out by giving his career as the reason for not being able to continue the relationship. I believed earlier that love and career could be balanced but breakups only happened when you fall out of love. I was wrong.

It is still an absurd concept for me as I still cry at night clutching the pillow, hoping that everything will go to normal one day — to those beautiful moments we shared. But with every passing day, I come a little closer to reality, that is, the monster behind the mask I chose to bestow my heart on.

When he failed to justify the break up, he started giving other excuses, like the age gap matters and since we were of the same age I might not end up giving him enough time for his career or I might want to get married before I turn 30. These excuses coming from an educated guy coming from the most prestigious engineering institution of Howrah was unnerving to me. Such backwardness in his thinking was unexpected.

To him I being of the same age was just a person to satiate his lust and he needed someone younger and more ‘pure’ to be his life partner.

I went through 10 long months of abuse from the person who was of the same age and was supposedly my best friend before being my boyfriend hoping and convincing myself everyday that he will change for the better. Last year, amidst all this, when I secured a job he suddenly came up and asked me not to leave and wait for a year and stay with him to prepare for our management entrance together. I was ready to compromise my career to be with him, I chose to stay back.

My return gift for that was wrapped in abuse and criticism. Just 2 months before my exam, he broke the news that he could no longer be in a relationship with a ‘private engineering’ college student with no ambition in life as such.

I broke down in the worst way possible under this situation. In my depression I tried giving the exam but I could not. I was naive enough to tell him this, begging him to just act along till my exams ended, it all fell on deaf ears.

What I realised from my experience is that every geek who usually gets friend-zoned may not be the right people after all to date. Often they turn outrageously possessive and abusive, when they do not get their way. They may even end up commenting on how ‘impure’ you are just because of the kiss and moments you shared with them.

They make you a part of their life and change you to make you fall in love with them just to leave you stranded one fine day.

Reason being 'time will heal the pain' or 'this is natural, just get used to it because my friends have also done this'. They will explain to you with their concepts of how women age faster than men, hence, they can only have fun with the same age girls but cannot imagine a life with them and also how it's an 'Indian concept' to marry younger women so they are doing you a favour by letting the relationship end early so that they do not have to break the news later.

They will not cheat on you but cunningly break you down. Their abuses will not be derogatory words but cleverly wrapped up facts that will make you question your entire existence. They will tell you they are important to you and they cannot cut off contact yet they will find you not good enough as their life partner. At the age of 22 they will make you feel like your age is a curse.

They will laugh on your face and just say, "It's no big deal." They will make your whole world crash down, slowly letting you fall into depression as you try to find the flaws in yourself. You will slowly recognise the ass*** hiding behind the mask of a 'genius'. The ass**** who mocks you for not being brave enough to even finish off yourself.

And at that time, that moment you will feel alive again. You will realise it yourself that in this world where materialistic gains are of main importance, you were a fool to have believed in the idealistic concept of love. In that moment, you will realise there is no good person but just selfish people trying to satiate their needs and you were a fool to have become their pawn.

Such is the love when you fall for 'that good guy' till he shows his real self to you. This is when you realise that apart from your parents and yourself, you cannot rely on anyone for emotional security because whoever comes in your life, they know at the back of their minds that they have the option of giving up on you.

Share this story with 'that guy' to thank him for giving you the best lessons of your life.