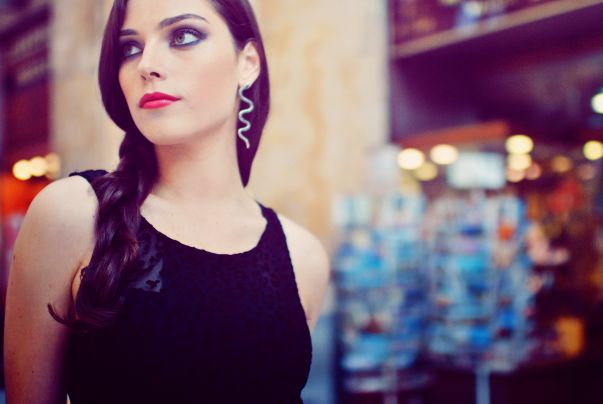 The first time I heard his voice, was over a work-call. We were supposed to plan a pre-sales pitch together. I was the core technical person and he was the expert consultant. The call ended with me, very impressed by his knowledge and how he proposed his ideas for the pitch.

We were supposed to meet a week later, to talk about this further, but I was scheduled to attend a classroom training and turns out he was too. So, we could meet earlier. Little did I know, that he had a personality to match that voice. I was in awe.

Those five days were the best in my life. Every morning I would steal a glance at him and during the sessions. By the third morning, I realized that I was thinking about him whenever I had a free second. And it had been almost four years since I had felt like this about someone else.

It was only on the 4th day that I noticed a ring on his finger. I immediately rushed out and called my best friend, though I knew what she was going to tell me, “Stay Away!”

I decided it was for the best to forget even trying to initiate a conversation with him. At the end of our session, he told me that he was heading into the city for work and wouldn’t be available for our meeting. He said it was an hour’s drive, and he could drop me home on the way and have our discussion too.

I hated the fact that he took my meeting like this lightly and hoped that this would be the reason my brain needed to escape these emotions. In a cool and composed manner, I told him that we could do it the next day.

He asked me if I could come in early the next day, I politely refused and told him that I had to pack for a work trip I had to head out for. Of course, I didn’t even listen to myself, I reached office at 9 am. That day, he came in late. But we managed to meet twice a day for work. It was at our last meeting, that he told me that he found me charming, intelligent and a whole other bunch of compliments that melted my insides.

His eyes betrayed his feelings for me. That’s when I let go of all the logic that my brain was begging me to hold on to. Shortly, he began pinging me on WhatsApp and sending me pictures from our training session.

On the last evening of the conference, he came and sat next to me. There were hardly a few participants left. But this conversation didn’t have anything to do with work. This is when we realized that we had so much in common.

We went back to his room to collect his luggage and that’s when he told me that he had developed feelings for me. I was reluctant to saying anything, but this felt like a dream. We hugged in his room.

He told me he’d drop me home on the way, and it was in the cab where we kissed for the first time. And from then on, it’s been video and audio calls with different time zones, which also means no sleep.

It’s been a month now since we’ve been confessed our feelings to each other. We’ve accepted that this isn’t right for us, but we love each other and our feelings are too strong to let go of. He has a wife and a kid at home. He loves his kid a lot and is very close to him. He’s planning to travel here soon, we have a pitch to do together and we’re very excited to meet.

I don’t know where this is going to head, how right or wrong any of this. But what I do know, is that our love goes beyond all definitions of faith and extremities of right and wrong. He’s always going to be the one for me and my, “What if...”

Share this story, with someone who needs some love and support as their love is being tested.