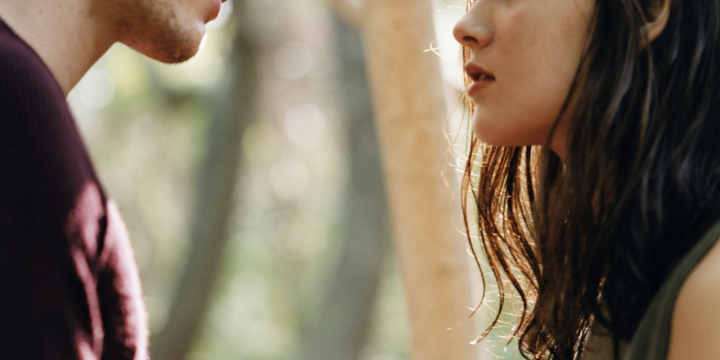 I was doing my graduation in a reputed college of Jaipur. It all began in my fifth semester. A girl called Heena was my junior. She was popular at our college because she was an outgoing girl. She had a friend called Shoo. Heena would borrow Shoo’s cell phone to talk to me. Sometimes, I could not make out whether I was talking with Heena or Shoo. But over a period of time, Shoo and I started talking with each other more often. We got to know each other better this way.

One fine day, during the winter vacation of the 5th semester, I was at home when suddenly out of the blue I received a text message from Shoo. I was a little surprised to receive her text so late in the night. When I replied to her messages, I got to know that she was undergoing some kind of an operation so she had to be admitted to the hospital.

She recovered, and somewhere during this phase, I fell in love with her. We returned to our college after the winter vacation.

We now started seeing each other. We became good friends and started hanging out together. I was actually completely in love with her by now.

I proposed to her after a few days and we went out to celebrate our first Valentine’s Day together. After that, we made it a point to party every weekend. We would go out for movies, kiss in theatres and sit around in lounges to have a beer and smoke.

The day I proposed to her was a red letter day for both of us. So every month, we would make it a point to celebrate this day like Valentine’s Day.

We would spend the entire day together that day and have fun. I felt as if I was on cloud nine. Everything seemed perfect in my life. I felt as if I was having the best time of my life. But after a few months, Shoo started facing some problems within her family. There was some kind of misunderstanding in her family due to which her father decided to discontinue her younger sister’s education. Her mother was totally against the decision taken by her father. Shoo was completely shattered when this happened.

Apparently her sister had a boyfriend too and had not told her parents about it. When her father came to know about it, he decided to take this drastic step. So Shoo dumped me because she knew she too was doing exactly what her sister had done.

Well, I had never wanted our relationship to end. But I could not stop her because I could not bear to see her cry. I stood by her during this time. All her problems were my problems too. I was always around to help her out in any way I could. Whether it was a fight that she had with her friend or simply wanted to register for some subject – I would roam around with her all day long and help her sort out her problems with the dean and the student welfare office. This is not about how much I did for her. I just want to tell her that I still miss her.

She was with me during our good times but she was never there when my friends abandoned me or when I flunked in one of my subjects. When I got placed in my campus interviews, she was the first person that I called. Only after that did I call my father.

After I left the college, things worsened between us. All our calls ended in heated arguments. We then lost touch with each other. She has a new boyfriend in my college now. But I was never able to move on.

She did not even bother to call me after she got a placement offer.

Well, I just wish to say this much at the end: I hope you are happy wherever you are. But don’t ever ditch a person who loves you as much as I did.

We all take our own time to heal and move on. The pain is unbearable but the learning that we derive from such experiences makes us look at life more maturely. Share this sensible young man’s story because like him, we all need to master the art of letting go in a dignified and graceful manner.