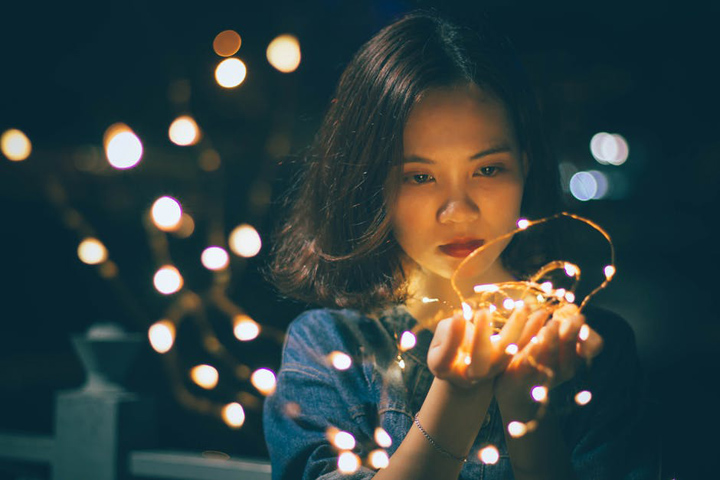 I met him on the first day of my college. Everything about him was unusual. His looks, his smile, his accent…everything. Wait. Did I tell you where he was from? He came from one of the most fearful tribes in Nagaland. I was this Bong girl who had traveled all the way from Bengal to Maharashtra to do her post-grad. Probably it was just how different he was from everyone that made me fall for him.

I would see him he would sit in one corner of the class, looking sort of angrily at everyone (I still do not know why). He was the most fearless guy I'd ever met. I had seen him doing some crazy adventures with my own eye. From catching snakes to eating bats -he was just the wildest guy. The first time we actually started talking was when suddenly one day while coming back from college he waved at me. I’d guess that was the first gentle gesture he had shown to anyone in the college. Slowly, we started talking and it took such a  turn that we found ourselves talking almost every day, all the time. He never outright proposed but I guess we just fell for each other almost at the same time. Day and months passed, and we were having the best days of our life and I wished this time would never come to an end.

Then, one day he told me the darkest secret from his past.

He used to belong to an insurgency group and that he had come to this place in order to escape from his past life. He also said that because if the uncertainty of his life, he could also die any moment as there are enemies always following him. I was shaken by these revelations and I cried my heart out that day just from the thought of possibly having to part ways with him. Worse days were to follow. In the middle of the semester, I suddenly fell tremendously sick and  I was immediately admitted to the hospital. With no one around, he became my guardian angel and did things for me that even my family wouldn't do. From talking to the doctors to getting my saline bottles and medicines, bunking college every day so that he could bring me lunch and dinner. I would always find him beside me, even awake all night massaging my forehead and legs. He did everything to make me fight for my life. My friends would envy me saying that he would be the best husband ever.

Things were perfect until the last day of college arrived. It was finally time for us to bid goodbye. He decided to visit my place before he left for Nagaland and meet my parents just as a friend. So he came with me. I took around my hometown and made him eat the best delicacies. After 4 days, he left for Nagaland.

After he left, I couldn't connect with him. All his numbers were switched off. I knew no one who I could contact to find him. This was my worst nightmare. I didn’t know where to look for him as I did not even know his address. Resigned to my fate, I got a job in Surat and left my hometown. But his memory refused to wither away. I would cry every day and night thinking of him. I didn’t know anything about his whereabouts. Until one day about 3 months after he had left, I received a call from an unknown number.

The voice I had been waiting to hear called me “Honey” (the name by which he called me) and tears just started pouring down my eyes. He explained that he was in his village which was completely devoid of any network connections or travelling facilities. He told me that his mom got paralysis and that he was the only one there to take care of her. I empathized with the situation and he promised to call me the next time he comes to the town to get medicines for his mom. I waited another three months and received another call from him. This time he told me that his mother's condition was getting worse by the day and that he missed me every second of his life and promised that he would come to me soon. He told me not to forget him and always be loyal. My joys knew no boundaries just hearing the sound of his voice again. I waited again, with every minute passed that passed willing my phone to ring from his call. But this time, it didn't happen as I expected. One, two, three, four, five, six, SEVEN months passed and I did not get a single call from him, I still waited as patiently as ever. Nothing.

Eventually, I left for Bengal for a vacation and my mom asked me about him. I told her that we were not in touch anymore. She couldn’t believe it and to my shock and surprise, she took out a number from her diary that had his brother's number which she called. A lady picked up the phone and called it. The phone rang. Someone picked up.

"Hello, may I speak to Sam? I’m one of his aunties" and the voice replied," I'm so sorry he doesn't stay here anymore, he got married 2 months back"

It was as if the entire world slipped beneath my feet. I was literally shivering. I didn’t know what to do, didn’t know where to go. I ran to the bathroom, turned on the shower so that my mom couldn't hear me, and cried my heart out. Initially, it was extremely difficult for me to forgive him but now, when I look back at it, I feel no grudges at all. Rather, I thank him for making me believe in what true love is. Yes, it's true that I still cry whenever his memory makes its way back. And it often does. But his love gives me strength.

Sam, if you are anywhere reading this, I just want to Thank You for all the good that has happened to me because of you and that 'I still miss u'.

Some people who enter our lives seem like some fantastical mythical creature or force of nature who were meant to be a part of it, make an everlasting impact and leave. When that happens, All you can do is just be grateful that it happened.