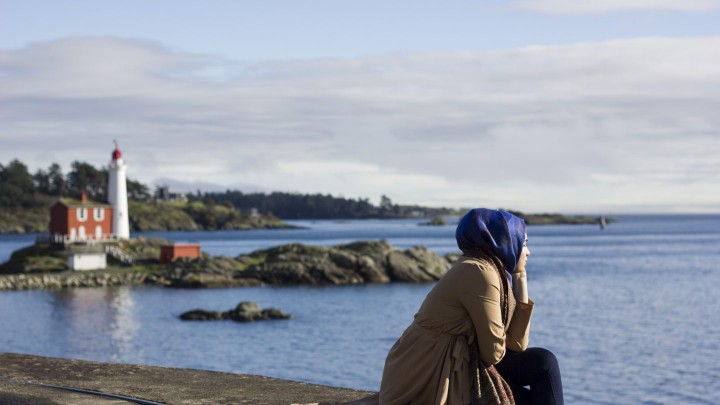 *For representational purpose only.
I am a 17-year-old girl. I've always hated boys. Even as recently as when I was in the 11th standard. I've never fallen in love with anyone. Of course, that doesn't mean random relationship proposals don't come. They do. I don't accept them. Like I said, I don't like boys, and I really don't know why.
Where I belong is with my group of girls. So, one day, I made a WhatsApp group for all my sisters. I added the group invite to my WhatsApp status, expecting the girls in my contact list to add themselves in.
Well, that didn't go as expected. I didn't think anyone BUT my female friends would pay attention to it. But soon enough, a man joined the group via the link. I was taken aback, but I didn't know how to tell him to... leave. The thought itself was uncomfortable. I didn't want to piss him off, I guess. But how was I supposed to say "leave" as politely as possible?
But the thought of explaining myself to my sisters was even worse. So I had to tell him.

I said: Assalam Waleikum chacha. I think you entered this group by mistake. It is only for girls. Please don't mind.

I realized he was my father's friend. I had never met him or spoken to him before. He exited the group immediately after.
He said it was okay, that he didn't mind. And we didn't talk much. The next day, however, he came online and spoke to me. He was very nice to me.
In a span of two weeks, we were comfortably friendly with each other. And within a month, we were speaking like best friends. He used to send me videos of himself singing. It would make me happy. I would laugh a lot, and he would too.
It was a couple of months before he said something that I didn't quite expect. He said, "I cannot live without you. You are my life. You are my everything."

And then he asked, "Do you love me?"
I hesitated a lot before I said, "As a friend, yes, maybe I do." He was very happy to hear that and he continued talking to me nicely.
A few days later, he said, "I will come to your Abbu and ask for your hand"
I was livid. I was screaming at him, "What rubbish! Have you gone mad?"
He said sorry and said that he won't talk to me again. I asked him why. He said it was because we would end up feeling frustrated. I didn't understand what he meant by that. So, he clarified again- we would feel 'dukh'. And I told him I don't feel any such thing. But then he said, he would feel 'dukh'.
As days passed by, I did begin to get attached to him. I would be preoccupied about him all day and night. So much that I couldn't focus on studying either. Could this be right? Could this be real? And could this even be possible?
So I asked him if he loved me, and he said, "Yes, I love you!" And then I allowed myself to feel that way about him too. He was so happy about it that he made sure all the time, that our little bubble wouldn't burst. But we were always away from each other. He missed me a lot, all the time.

He used to take care of me. I can't quite explain the way he made me feel when I was having any kind of day. He was crazy about me. And I was crazy about him too, I guess. He would talk up a big storm and everything would feel fine, and when we hung up, I couldn't shake off the feeling that it was horribly wrong.

I was terrified, because I didn't know how someone could love me more than I ever loved myself.
I still hear the way he always said, "I love you Janu."
Of course, it destroyed my life. But that's a story for another day.

Neither the culture normalizes that it's okay to go be in love, in an age-appropriate way; nor does it prevent older men, clearly narcissistic and abusive, from preying on young women. Either way, it's not the author's responsibility to be appropriate. We can be grateful that she told her story and perhaps it will ensure that you listen to the young women who need to be heard. They don't need a fake knight in shining armour. They just need you.

This Is Our Story: From Dance Partners To Life Partners