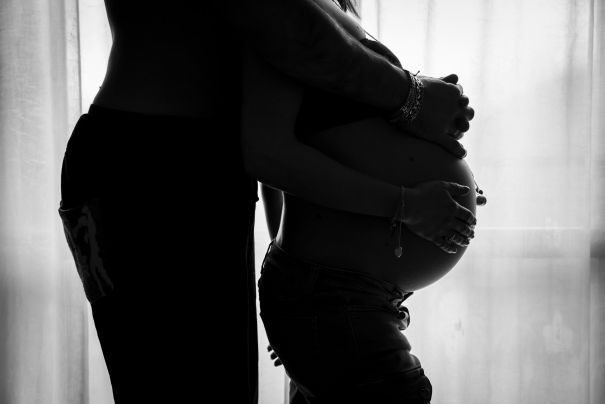 He entered home with a rather sad and tired face. I could tell just by looking at him that something was miserably wrong. He didn’t have a good day today. This was the third time it was happening this week. I wish I could go to him, talk to him and make him forget all the stress, just like old times. I moved towards him but was pulled back to where I was. My exhaustion took over yet again and they kept me away from him just like any other time.

They don't want me to be a good wife and as much as I resent it, I give in. I have to. They win.

They won that day and the day before that. They won every day and the wife inside me had to accept failure. I didn’t have much of a choice, Did I? Life was great. Ours was an arranged marriage but the six month courtship made it look like two high school sweethearts were tying the knot. Love found us rather quickly. We were a very understanding couple. I liked him for his maturity, his sensibility and the disciplined person that he was. He on the contrary was head over heels for my carefree attitude, my crazy self and my randomness. He often added that my long hair that was always falling on my face was something that made his heart pump extra blood every time he saw me. I cannot forget how he had asked for my hand in marriage. It still gives me the jitters whenever I recall the lines he said to me. This is what he said and he won me for life:

“I might be too boring for you but I want you to add ‘crazy’ to my life. I like my books piled up in a certain way on the table near my bed and I would hate it if anybody except you would spoil the discipline in my life. I have always worked my way up according to the plan but I would love to experience the way you sprinkle randomness in my schedule. I wanted to have one child but it would be my pleasure to make two babies with the most beautiful woman I have ever met, just as you want. I am ready to be everything that I am not because I realized your little additions just make me better than what I was yesterday. Please accept me and complete my life. Please marry me.”

He is the dream man of many girls and that is why it kills me for not being the person he fell in love with, for missing out on the countless conversations and special moments that could have been ours. I wish I could tell Rohan (name changed), I don’t do it purposely. They make me do it.

Things didn’t work out as we had planned. Not one, not two but we ended up having three kids.

They, these little brats that I and he have created together. Life was still manageable till we had Jatin who is three year old now, but ever since we had our twins Ananya and Aditi last year, things have been crazy. Nine out of ten days he would just come home to witness my meltdowns. I am always angry, grouchy and messed up. I often yell at him for not understanding what I was going through.

I would blame him for my current state, forgetting that it was me who wanted the second child and it was my randomness that led to the pregnancy test being positive. He would come home happy to see a rather short tempered wife yelling at him or would enter after a rough day only to see his wife is not there to comfort him. He says he understands that my days are usually rough. And that I am still getting used to being a mother. I know he too faces problems, fatherhood is also not that easy. He is more concerned about his job because he is worried about the future of our kids. I know he often returns home with this thought troubling his mind.

The kids, one or the other is ALWAYS crying. I know Rohan helps as much as he can. I have seen him getting up all night and going to office the next morning, just so that I could get a little sleep to be able to deal with the crying, feeding, puking, nappies and a world full of problems the next day. The worst part is, he wakes up to a woman cribbing about the problems that will be served on her plate for today and he comes back to the same cribbing about the same things and the experience. I often suspect him of having interest in other women. I think that is a thought that comes to every woman, it shouldn’t but it does.

I am not cranky all the time. I am happy most time of the day. I love to see my babies smile. I love how Jatin calls me Mumma. I am happy when their stomachs are full and they peacefully enjoy an afternoon nap. I am happy to catch up on my reading. I am happy to see the clock to realize that my husband will be home soon. Rohan misses it all, he only gets to see my bad side. He doesn’t get to see my happy and crazy side now. What if one day he stops loving me for not paying attention to him? For being the grumpy wife that I am now? What if he leaves me for being absent whenever he needed me? What if he leaves me for suspecting his love for me?

We don’t sleep together anymore.

We want to. But I realized the kids and the crying disturbs his sleep and he needs it to work through the day. I have often seen him looking at my side of the bed and asking me to sleep with him after the kids are asleep but then one out of the three moves or cries and I have to put an end to his wishes. I just hope he realises the reason to my absence. He seems to have accepted coming home to a cranky, sweaty wife and a dirty house with crying children but I miss the way things used to be. A sexy wife waiting for her husband with a naughty plan in mind, the house perfectly in place and the romance that used to follow. Everything just as he wanted.

He doesn’t get anything of that sort now. It makes me wonder, if this is why marriages fall apart.

The distance and the excitement fade away. But then I see him, still smiling at me the way he did before we got married. I see him playing with our kids and I know he loves how we have created a family together. I see him praising my beauty when I have no make up on me. I see him finding me beautiful despite the extra post pregnancy kilos that I have added to my body. I see him loving me more than he did before the kids.

I see him seeing me as the mother of his kids. I see him loving his family. He has actually given me the strength to fight this. He often jokes that maybe his ‘one child policy’ was something we should have followed. At times when I feel I am a horrible wife and a worse mother, he is there to say that no one could have done it better. I don’t know if it is true but it makes me happy. Maybe all this is a part of life. Maybe, it is meant to bring the two of us together. Maybe these tests actually strengthen the relationship. Amongst all the maybes I know one thing for sure. Life is going to be different now. A husband and wife have to go through a few changes when they become a mother and a father. But I can assure you all one thing, once the kids grow up a little, I will go back to doing things that he loved.

Husbands unknowingly help us in our motherhood. We can always reward them for being the constant support. I don’t know about you but I surely will.

I am a woman who has recently entered motherhood and am struggling with the initial phase. I miss the wife I once was to my husband and it often scares me that I would lose him to a woman who is sexier and available at times when I am not. But then I see him loving me for giving him his children and I realise maybe at times we women just suspect our husbands for no reason whatsoever. It is not just us but they also struggle in their own ways. If we respect each other for the contributions and appreciate the inputs, marriage might not be as scary as it seems right now.