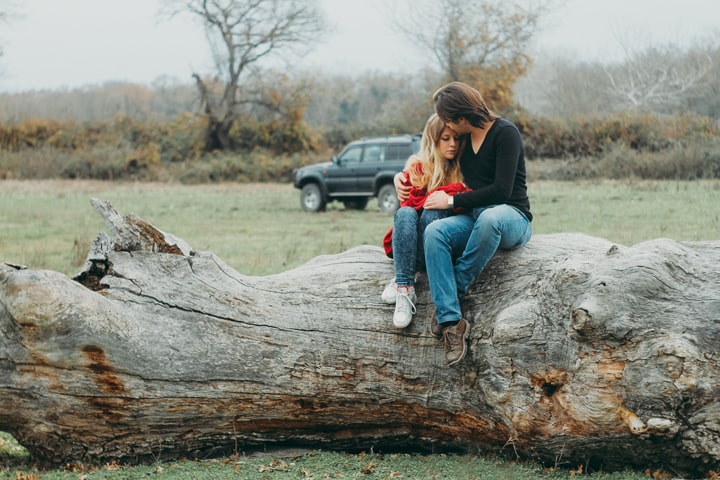 I had an arranged marriage as my parents wanted, but it was all a compromise.

I didn't even love him, it was all just an adjustment to carry on with a married life. I even decided to have a child, thinking that things may change. It became worse for me. I went into depression, met the psychiatrist and finally took a call to leave my husband.

It's been almost three years now and my husband still does not care about my child and me.

I have always been a very strong, confident and independent woman, who made her own choices. I moved in with my parents and excelled at my workplace while taking care of my child as well. Life had become better now. I remember that day when my phone buzzed and I saw that it was a message from my colleague, asking how I was doing. As I considered him as a very good friend of mine, I replied that I am fine and enquired about him.

He had actually left our current organisation and joined another one a few days back. Though I thought It was strange for him to message so soon, I waved off any suspicion.

After two days, I received the same message again and replied to it, but I got a hind that something fishy was going on. This was because when he was in our organization, he never messaged me in this way. I waved off my suspicions again, as he was married with two kids and I always thought that he was having a wonderful life. I did not consider it anything more than a friendly interaction.

He then proceeded to send me a Facebook request, which I accepted and we started chatting. I realised that there was something else going on, but I was avoiding it owing to his familial background.

We finally met one day and shared many of our life stories. We both got to know how similar we were and thus, our meetings became very frequent. I realised my feelings for him immediately, whereas he took 1 month of time to tell me that he loves me and that put me on cloud 9. Knowing his background, I asked him many questions related to his family and wife, for which he told me that he was taking care of his responsibilities very well.

He had felt that a connection was missing and had been restless for years without realizing where he was headed. He told me that after talking to me, he realized that he had felt like a void inside and that space had been filled, once I came into his life.

I also analysed my situation, where I could not live with my husband and did not want to get married again. God had sent him at a right time when I needed him the most. He is the exact man, whom I had always dreamt of. I never knew I would meet the one meant for me like this. We are so into each other that it has become a soul connection, where we both are mature enough to understand each others' pain and happiness.

He has become my life now and it's not easy to live without him.

The situation is delicate on both sides. I have never craved for anybody like this in my whole life. With this experience, I have strongly started believing in soul connections. I just pray to God to let our love grow.