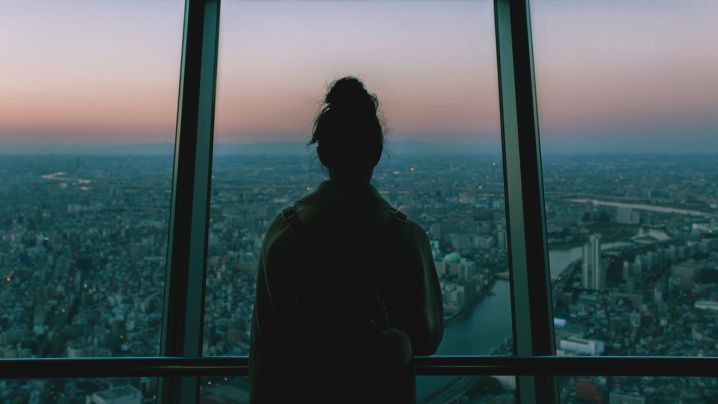 The day I was born was the day he put his head down. My birth was the reason for his fall, my father said.

He tore my Hindi textbook and said that he wanted to disown me and was going to stop my education only because I failed a class test. My Hindi textbook was so mutilated that I couldn't stick it back together. I got scolded by my teacher for carrying this book for an entire year at school. In fact, I became scared of opening my book in the Hindi period. I was in grade one.

I remember how he physically and verbally abused me when I saw a man's picture at our home and asked my mother innocently if he was her boyfriend. He took me and my sister in a car and threatened to throw me away on the highway because he didn't want me anymore. I was 6 years old, then.

I wore my favourite white shirt-dress, but he thought I looked like a b**ch. I was in class sixth.

His family hated me. Once a year, he took us to meet them but all they ever asked me was why I visited them and how much did my gold chain and my bangle weigh. If I didn't wear these, they humiliated me for it. They never wanted to hear about my accomplishments at school, no matter how much I tried. They called me a cuckoo's child because I didn't have a home of my own and lived in a rented one. I was never good enough for them. According to my father's sister, I looked like a pig and it was my fault that I had a dark skin colour. All this happened when I had Hypothyroidism and was already struggling with body issues.

I was mentally tortured for a week because I wore my favourite red shirt when we went house hunting. According to my father, the owner didn't let us have the house because I looked like a sl*t in that red shirt. According to him, red was the colour of a sl*t. I still have no idea how my red shirt could be the reason for us not getting a house. He used the word sl*t for his 12-year-old daughter.

My friends humiliated me in front of everybody because of his job. Everyone in school slowly started avoiding me and talking behind my back.

I was a sick child when I was little. He spent a lot of money on my treatment and expected me to understand that it was his love. But, all I remember is being beaten up for the smallest thing, sometimes for no reason at all.

I had problematic lungs since I was a child. My doctor asked my mother to get me enrolled in singing classes so that I could breathe better. I had a singing competition. My father hated me singing but never expressed it openly. I participated in a competition where all contestants were given rooms a day before to stay in. But my father didn't want me to stay there. Just a day before the competition, he abused me and called me a sl*t as he thought I wanted to sleep with different men in that room. It was a pretty safe place and I faced no problems of that sort. But by saying all this he triggered my anxiety and in the end, I couldn't even sing.

I started becoming more anxious by the day. His relatives would come home and shout at me.  I had no one to go to. My home was a living hell and I wanted to run away from it. I got 93% in my board examination. I was so happy. I thought my dad would finally be proud of me too, but I was mistaken. He said 93 wasn't all that great and he expected more from me.  Every time I tried to make him happy, I failed. I was 15.

By the time I turned 17, my father lost his business and was left with nothing. His relatives advised him to take me to Mumbai and get me married to someone there. Thankfully, he didn't take their advice. By God's grace and the support of a few well-wishers in my life, I got into a dental college. But my father said that being a dentist was equal to being a sweeper and that no one would ever respect me. I was so hurt hearing this that I broke down on my way to college in the train, and a family of complete strangers took pity on me and calmed me down. My mother's sister helped me get admission into the college by paying my fee. This further bruised my dad's ego.

I was naive and innocent when it came to dating. Men could easily play me because I was depressed and insecure due to the way I had been brought up. I started blaming and hating my father for bringing me up like this. Finally, I had to meet a psychologist. I was only 19.

Even now, he has an issue with anything I do or wear. I dress pretty modestly for an Indian girl, but he always sexualizes my body and blames me for showing off my skin to attract men, even when I am covered from head to toe.

Every time he raises his voice, he triggers my anxiety and I hate him for it.  I always respected him because he is my father but it's hard to love and respect a person who has made you insecure, anxious and depressed for the rest of your life. However much I try to love and respect him - I can't. Every time I try to forget things and start afresh, he does or says something that once again brings back memories of my past and I find it difficult to forgive him. Maybe I am not the perfect daughter he wants, but I have finally and with much difficulty, accepted myself for the way I am.

Share this story because too many fathers inflict this on their daughters in the name of their "right".