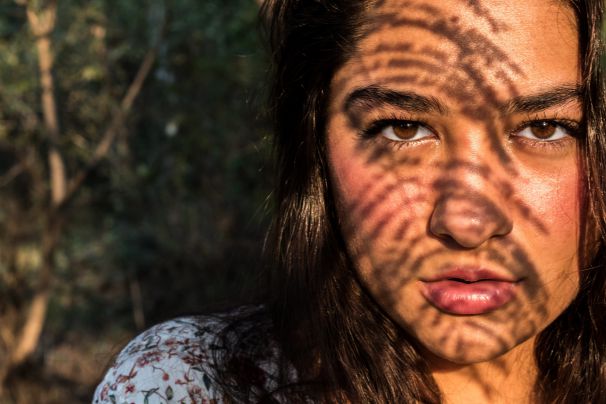 I am 24 so my parents had started looking out for me. In our social circle, usually, the girl's side visits the boy’s house first. I was on the verge of meeting the third guy.

This guy had been staying in the US for the last two years. The guy’s father had managed to get our number from a mutual friend around 6 months back. He called us and told us that the horoscopes matched perfectly.

In fact, his father was politely insisting on it. So we waited patiently till he came. The boy finally came to India about 4 months back. When the hero finally came home, we were asked to visit their house for a get-together.

We chatted casually with all their family members for some time. Then his mother called him from the room.

I was shocked to see that the boy was extremely shy.

He came out, sat down on a chair and bent his head.

It was very clear that he had been forced to ‘see’ me. He did not raise his head at all.

My father first introduced himself and then my mom and me. My father told him that I was their only child. My father then asked him about the nature of his work and where he stayed in the US.

After a few minutes, my father asked me if I wanted to discuss anything with the boy. We then heard him say that he had no problem with me and left the decision to me. The boy’s elder brother then asked him to take me out for a walk.

It was as if they were literally pushing him to talk to me.

How could he have no expectations from a girl who was likely to be his life partner?

But I just continued talking to him. I said, “I am a bit ‘mod’ in the sense that I wear jeans to my workplace and also when I go out with my friends. I clearly told him that I do not wear jeans when I go home every weekend. (My family lives in Tumkur and I live in a PG in Bangalore because I work in an IT company there.)

I asked him if he had any problem with that. He did not even think about it. He just smiled again and said, “There are no restrictions on that.”

So I dropped the topic and told him that I had learnt classical music and had done a course in JAVA. I also told him that I was a very jovial person. I then asked him how safe the US was for Indians. I asked him if his regular workday had been affected by the recent snowfall there. I asked him about his hobbies and the kind of food he ate there.

He did answer all my questions. But it was as if he was answering the questions in a viva session.

Finally, he asked me if I wanted to ask him anything else. I said, "No" so we both went back. Everything was fine until we left their place.

I was keenly observing all his moves. He was making faces at us when we were leaving. I really felt he was insulting my parents by doing so and I hated this particular act of his.

Obviously, we had to wait for their reply though we received no reply at all that day. The very next day my mom got a call from our mutual friend.

He said he wanted to discuss something with her in my absence. My mom agreed to meet him when I was away.

Well, this mutual friend of ours then told my mom that I had used the word “MOD” when I had talked with that guy. He then used this as a silly reason to imply that I had a very bad character.

He wanted to know what I had actually meant when I had used that word.

My mom clearly told him what I had meant when I had used that word. Fortunately, the guy said he did not like me after we gave them our clarification. He said, "NO" to his parents. The matter, however, did not end here.

Somehow the news spread in our social circle and people started saying that I had insisted on leading a ‘modern’ life with him.

This was adversely affecting my father. He stopped talking to me. In fact, he stopped eating too.

That is why I am really very upset now.

I realize that I made a very big mistake by waiting for him. I was not desperate to go to the US. But some people had told us that the family is good and the boy too was very good. That is why we had waited for him for so long.

But all we got in return for our patience was humiliation. My father is angry with his behaviour because now he has to hang his head in shame whenever this topic is discussed in our social circle.

I can't share my feelings with anyone else so I am writing it here. I hope at least a few of our family members and friends read this. Hopefully, the guy too will get to read this.

I want to tell this to the guy: Please don’t do the same thing to any other girl. Don’t be a coward. Speak up. Only then people will clearly understand what you mean when you say such things about a girl.

Why do we have this strange tendency of giving such nasty labels to other people? Do we want to shift the focus because we want to hide our own faults from the world? Will our weaknesses disappear when we park the blame on someone else’s shoulders? We can fool the entire world with the smartness of this technique but can we ever fool ourselves? Let’s share this story because it’s time we all grew up and sobered up to the reality.