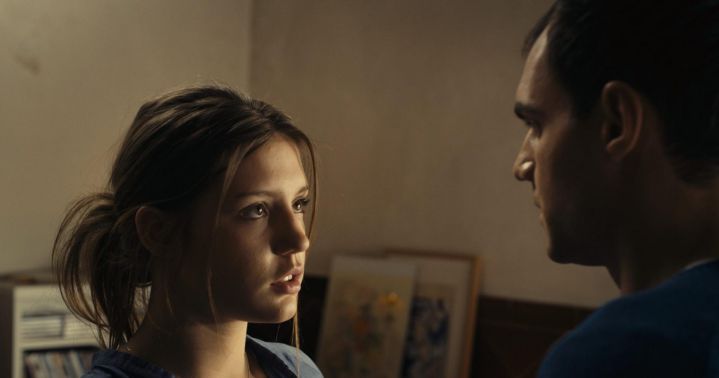 It all began when I decided to have a get together with all my classmates. Most of us had studied together since our kindergarten days. So I created a group after getting everyone’s contact number.

When I created this group I realized that most of my ex-classmates did not seem to remember each other but all of them remembered me.

We all decided that we would meet one evening. But out of the 10 members that I was able to contact only 4 of them turned up. I felt extremely bad about this. Most of the absentees had some valid reason for not turning up but I still felt bad about the whole thing.

One classmate of ours called Shibu lived in Pune now. He could not come for the get-together. Shibu called me after the get together was over. I was still upset about the whole thing.

So I vented out my feelings to Shibu.

I told him about all the efforts that I had taken to get all those numbers and how I felt very bad when only a few of them turned up. I asked him if I had done something wrong in trying to bring our childhood friends together.

Shibu said, “You are over thinking. Just leave the matter at that. We have a lot of things to look forward to in our lives.”

That was the day we started chatting with each other. Over a period of time, we started chatting all through the night. I realized that Shibu and I had a lot of things in common. I was happy about this. After a few days, Shibu asked me to come to Pune to meet him.

I don’t know why but suddenly I was glad that I could spend a weekend with him.

I asked another group member to come with me and both of us went to Pune together. From Pune, all of us decided to go to Mahabaleshwar. Shibu had invited one of his friends too for the trip. The four of us were soon on our way to Mahabaleshwar.

I could not believe that we were going on a wonderful road trip like this. I realized that I was getting drawn towards Shibu while we were on our way to Mahabaleshwar. I felt emotionally attached to him and forgot that we had met after a gap of 17 years.

He created and dedicated a cover song for me and posted it all over his social media pages. I was touched by his gesture. I was totally into him now. I felt he too had started liking me.

I told Shibu that I liked him a lot when we were in Mahabaleshwar. He said that both of us were close friends now. He also said that he was not keen on going ahead with our relationship because he did not want to lose a friend like me.

I felt happy and sad at the same time when he said this.

We then went sightseeing around Mahabaleshwar. We were exhausted and relieved when we returned to our rooms. All of them wanted to rest for some time but I did not want to rest at all.

I wanted to talk with Shibu and make the most of our time together.

So I asked him not to sleep. I told him that I wanted to talk to him for a while. We sat close to each other. After some time I felt a tingling sensation in my body.

While we were chatting we came so close to each other that I could feel my love for him. An instant later we were kissing.

But Shibu moved away from me after that. He told me that he had a crush on a girl. So I too pushed him away. I did not want to come between them. But he held my hand and pulled me towards him.

I was losing my control so I started crying. Shibu looked at me and said, “Seriously? Do you want to lose your virginity to a guy you cannot be with?” That is when I realized that I had to control myself immediately. So I left the room and went to my other friend’s room which was right next to ours.

We had planned to have a few drinks in the night. But I ended up drinking so much that I lost my emotional control again. I had an outburst after which Shibu started feeling guilty. I was feeling embarrassed by my own behaviour.

I knew I was making a big issue out of my feelings for him.

He held my hands firmly but refused to accept me as anything else than a friend. My friends too were shocked to see that I liked him so much. They forced Shibu to say “Yes” to me. But I knew that we had allowed those passion filled moments to pass by.

We both had expected to move ahead in our relationship but nothing of that sort happened.

I knew Shibu was feeling very uncomfortable the next day when we were leaving from Mahabaleshwar.

I could sense the rift between us now.

Shibu still talks to me. He knows that I like him. But he says, “I can’t leave my girl for you right now. But if you can wait for me I will definitely think about it.”

I felt good when he told me this because I knew that he had at least started thinking about us.

When we get carried away by our emotions (of any kind) it is difficult to control ourselves. Sometimes passion helps cement bonds. At other times it can ruin relationships. Let’s share this young woman’s story and learn to control our passion by simply moving away from the place for a while. Initially, we may get frustrated when we try to rein in our feelings. But let’s learn to think through things before we make any kind of commitment.

Also Found in Love , Relationships , commitment , indian couple , destiny , meant to be , made for each other .