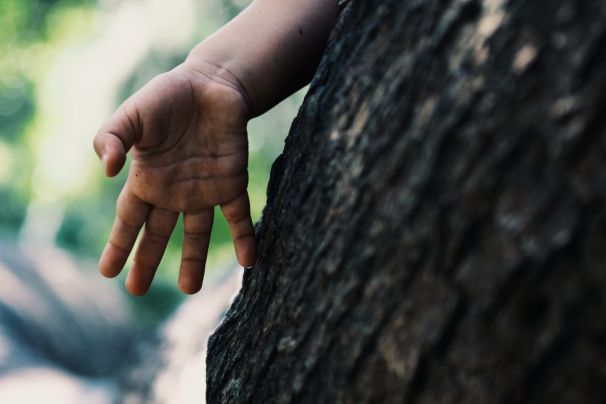 I was about 5 years old, we lived in a small town in Rajasthan. There was our neighbour's son and he was considered the ideal child. He used to be my favourite Bhaiya. Everyone in our locality liked him, every mom wanted her child to be like him. His family was very close to ours. Sometimes I would eat my meals from his mother's hand only. One afternoon, I was in his house alone with him and all of a sudden he put his hands under my skirt. I was a kid and didn't understand what was going on. This continued and he got bolder. He used to kiss me and do other stuff to me too. I would ask him what he was doing, he said he was showing his love for me.

He said if I told anyone, I wouldn't be allowed to go out anymore. After sometime I got fed up and told my mom and my sister.

She told me, a 5-year-old, to keep quiet and not to mention this to anyone. I didn't share a good rapport with my sister but at that time she, already 15, stood up for me and confronted my mom. She made my mother inform my father about it, or so she thought. Years later, some months back we were invited to his wedding. My father was insistent on my sister's and my attendance. At first, we were shocked that he was making me go to his wedding and I fought with my parents. That night, when I was crying, my sister came in my room and told me that all these years I was the bravest person she knew because even at such a small age I knew that I had to take action against what was happening, she told me that the same 'bhaiya' had tried to molest her too all those years ago but she was scared that no one will believe her as he was a state topper and she was just a little girl.

I confronted my mom in front of my dad and was shocked to know that my dad had no idea what happened all those years ago and he was heartbroken when he came to know my sister's reason of not telling anybody about that incident.

It's been six months to all the confrontation with my mom and till now I am not able to even look at her. The day I came to know how she hid my molestation incident, she lost all my respect and love for her. And as for that guy, his clueless mother still calls every week to know my well being.

Share this story because it is high time we speak up against this.