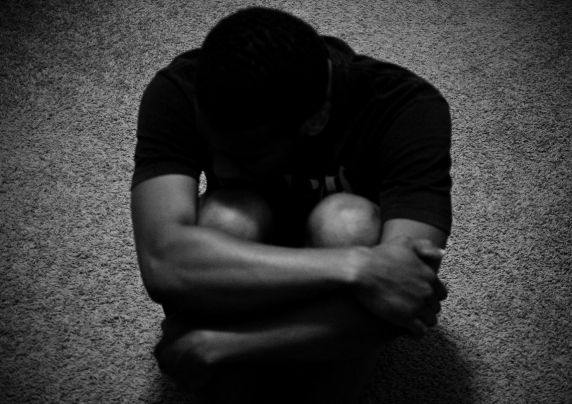 I always pity myself for not having the traits of a good writer. I don’t have good command over language and my observing capacity is poor, but still, I don’t compromise one thing while writing and that is honesty. I don’t write something that I don’t believe in. Maybe this is the reason why few readers who find themselves connected to me, keep their belief in me. People come to me with their stories, share their problems and many times, they even expect a solution from me. I am a mere writer. For them, I am not just a writer but a woman with maturity and purpose. Readers want an author to be more sensitive, compassionate and also a solution- provider at times. Advising someone to solve a problem, is a kind of responsibility that a writer needs to take up honestly and sincerely even though it’s not his/her field of work. Dr. Rishita, the main character of this write-up- had the same expectation from me.

Dr. Rishita (name changed) contacted me through Facebook after reading few articles of mine. Hesitantly, she messaged me asking to talk. I could sense the seriousness of the matter, from her tone. So, I gave her my cell number at once. She took an appointment by next day morning for a call. We had a conversation for almost 2 hours. Rishita fell in love during her student life in Medical College. But here, the story is very different from usual love stories as her selection of lover was not compatible according to the social norms of being a medical student. The guy somehow managed to complete his matriculation and was quite older than her. He was running a grocery shop and earning a sufficient amount to run a middle-class family. There was always a pressure on her from his side to get married soon.

Rishita’s parents, relatives, friends – all were against it. She left no stone unturned to convince her parents. And like a miracle, finally her parents agreed and they got married in her final year of medical college.

“I was happy because I kept my word. I was proud of my dedication and loyalty to my man. All the support from my relationships seemed to be in my favour. My parents were by my side and my love was with me. But everything started to change just after a few months of our marriage. And it was so shocking that I didn’t know how to handle this situation.” Rishita took a deep breath while saying this. After the marriage, suddenly her bright academic background didn’t hold any value for her husband and his family members. She started her practice in a local nursing home. But nobody in her in-law’s family was happy for her. Her mother-in-law wanted her to be equally active in the kitchen, which was not possible due to her hectic working schedule.

Whenever there was an argument on this issue, her husband insulted her in front of the whole family saying, “this is the reason why you have gained so much fat on your body. I don’t think that anyone would have been interested in marrying this fatty woman. Being a doctor is not enough to run a family.”

After this, she started to see herself as good for nothing, just a fatty woman without sex appeal in her husband’s eyes. There was less love and more fights all the time. Rishita also didn’t stop herself from insulting him for his poor educational background. It was such a situation where the couple needed counselling desperately. But people were busy criticizing them, instead of helping them. Soon, they both became victims of depression and anxiety. “I wanted to get rid of this suffocation and turmoil. I couldn’t take it anymore. So finally, I asked him for a divorce.” Rishita said. This time he became silent. It was more horrible than before. He stopped talking, fighting, insulting and just went mum. She was living in a house where there was nobody to communicate a single word with. “I didn’t find even a single reason to continue my stay in that house. Hence, I packed my things and left for my parent’s house never to return back,” she said in a broken voice. It was a clumsy summer morning. That day she woke up with a heavy heart. She felt like something very bad was going to happen. A week passed by already, at her parent’s house. She prepared herself mentally to apply for a divorce. As she was about to take the first cup of tea of the day, her mother came to her with horrible news. Rishita’s husband had committed suicide the previous night.

There was no suicide note. A dark curtain emerged before her eyes. She saw nothing through that deep dark curtain. Her brain became blank.

She can’t remember anything after that. More than a year has passed by since the incident. Guilt is cursing her soul till date. Rishita thinks that at some point she is also a reason behind his death. “It’s a terrible feeling when you are forced to consider yourself as the reason behind someone’s death. My parents are thinking of my re-marriage now. But I am confused. Should I try once more to find happiness in life? Do I deserve that? Even I was suffering from that marriage. But I never thought of giving up life. How could he take such a step?

Do you believe, I could have stopped the suicide? Am I the culprit behind all this?” A confused and depressed voice questioned me.

Actually, we don't have a proper answer to why Rishita's husband committed suicide. Rishita’s husband was not ready to accept the separation. But at the same time, he didn’t stand by her when she needed his support the most. Maybe he just couldn't go against his parents, regardless of whether they were right or wrong. Whatever the reason, but his suffering compelled him to commit suicide as he failed to handle it in a smart way. If there are a hundred reasons to die, there are always more than a thousand reasons to continue living. In my opinion, the couple needed help in those crucial days but didn’t receive it at the right time. Rishita is not the reason behind this suicide, but still, she is a victim now. Her husband couldn’t cope up with the situation whereas she was trying her best to find a way out of the situation. I have advised her to get remarried and she agreed. In a suicide, the person doesn’t just kill himself/herself but he/she kills many souls along with him/her.

I believe, no person has the moral right to do this. When a person goes through hard circumstances, or suffers from depression, he/she needs medical attention and mental support from relatives, friends and near ones.

A little care and support can save a life and can save many from becoming victims of an unwanted incident. The victims live a life of guilt till their end comes, after experiencing such incident. I want Rishita to overcome this guilt and live a normal life. Despite all the pains and struggles, life is beautiful. We just need to put in a little effort to face our circumstances.

Share this story because it is painful, and it needs to be out there.