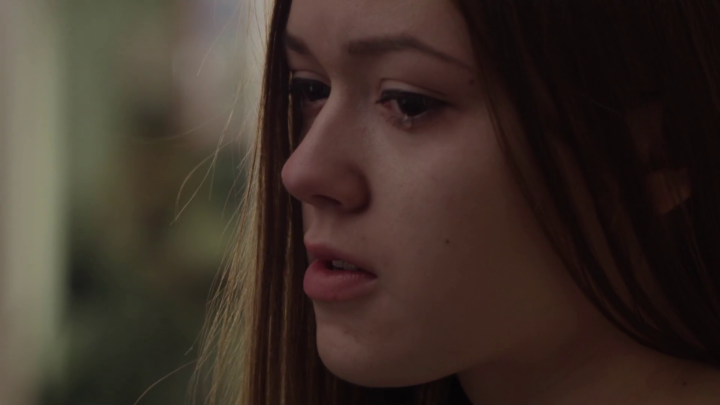 To the person who will now never become my sister-in-law,

You think I was the major reason for all the misunderstandings that we had. I don’t really blame you for not understanding what really went wrong between your brother and me.

Your brother, Sushee, told you only what he wanted to tell you. He never revealed the actual story to you.

I did not get a chance to tell my side of the story to anyone because I myself was ashamed of what had happened between us. I hope you get to read this. Maybe then you will realize why we had so many misunderstandings. When we met for the very first time, he did not even appreciate the fact that I had come all the way to meet him. He did not compliment me for anything.

He just called you and said, “She’s FAT!” Then he tried kissing me and asked me to have sex with him.

Actually, I wanted to give him a surprise by visiting him. But I was shocked by what he was trying to do in our very first meeting.

We then went out on our first date. I expected him to hold my hand or talk to me about our future. These were the kinds of gestures that a girl normally expects on her first date. But nothing like that happened. He just said something about the girl who was sitting on the table beside us. I was a little disappointed but did not say anything.

Later on, we went to his room. He just tried to kiss me. I was not really responding to him but this was the only thing that seemed to be on his mind. Then he just slept on me and rubbed his d**k against my body. I was too shocked to react.

Obviously, my body too was not responding to him because I really couldn't understand what he was looking for in our relationship. He was just keen on satisfying himself.

Not once did he compliment me or speak about our future together. He kept asking me to have sex with him. He would say, “We will be getting married anyway, so let’s do it now.” I refused to listen to his pleas. We made out only because I was forced to do so. When we went out for the third time, he must have asked me to have sex with him at least 10,000 times.

I then saw over 500 intimate pictures of your brother with another girl. I wondered if he was the same with every girl that he had met. I clearly remember crying that day because I somehow felt I had been cheated.

I wanted to know him as a person before I got married. So I questioned him about the pictures. Was I wrong in doing this?

Yes, I know I questioned him about those pictures repeatedly. But the pictures were very intimate and they kept flashing in my mind and heart repeatedly. The answers that he gave were not appropriate enough to justify the intimacy in the pictures.

There was no correlation at all between his answers and the pictures.

One day, I was not feeling well. He had come to pick me up as usual. I was scared that he would start making out with me again. So I requested him not to do anything to me that day. I was surprised that he didn’t do anything to me that night. But in the morning, he did not even ask me how I was feeling. He did not even bother about the condition of my health. He just started his business right away.

I just could not react. I did not say a single word to him. I did not enjoy what he was doing to me at all.

Later on, I did tell him that this was not the way in which he should be behaving with me. One day, I was so tired that I dozed off in the car. I noticed that the car stopped after a while. He got down and went into a medical shop. I asked him if something was wrong. But he had gone there to buy c*nd*ms. When I asked him if he was going to take advantage of my tiredness, he just asked me to tone down. Yes, I too would have loved to have sex with him.

But everything revolved only around sex for him. I felt like I was just a sex toy for him.

He believed that it was very easy for him to just lift me and have sex with me. He thought that by saying this he was motivating me. But he did not realize that he was just irritating me by saying such things.

I would always ask him to hold my hand when we went out together. He would say that he loved the beautiful surroundings around us. He loved nature. I knew this by now. But I wondered why he found it so difficult to just hold my hand and enjoy the beauty around us.

I think memories should be created out of love not out of lust.

Every time we had a video call, he would ask me to show my thighs and legs to him. I wondered if I was just a piece of chicken for him. He asked me to have sex with him an infinite number of times. I never ever said, “Yes” to him.

Why was it so difficult for him to understand that I did not want to have sex with him before we got married?

The last time we met, he tried to have sex with me forcefully. I couldn’t take it anymore. I cried and pleaded with him asking him not to do this to me. Yes, I scolded him. I really bashed him that day because all these things that he had been doing to me really made me think about it.  I related my experiences with him to other things that he had probably done in the past and pointed this out to him.

He obviously did not have an answer to any of my questions. So he felt cornered.

All he actually wanted from me was sex because he had been a virgin for 28 years. He just played with me and my emotions. I wondered if he actually liked me in any way at all. Maybe it was just a hormonal imbalance.

I felt like a prostitute when I was treated like this. Yes, he did buy me chocolates and cakes whenever I went to his room. But I somehow felt like he was giving money to a prostitute so that he could have sex with her. He did drop me home several times. But I felt it was similar to picking up and dropping a prostitute at her place.

I couldn’t see love anywhere. Was I wrong to question him when he behaved like this with me?

Despite all this, I still wanted to be with him. I just wanted an explanation from him. This was the guy who had promised to be with me forever. He had been asking me to have sex with him repeatedly. But he left me just because he did not have an answer to any of my questions.

He told you that he broke off with me because I scolded him. But he never told you the circumstances that made me do so. He complained about me to everyone at home and gave up on everything.

Did he leave me because I pointed out his mistakes to him or because he did not get to have sex with me?

From a person who just wanted to understand the guy she was getting married to.

Everyone has the right to question things in a relationship. It does not matter whether it is a girl or a boy. There is nothing wrong in asking about anything till you understand everything thoroughly.

Strangely enough, we often equate love and even marriage with sex. A physical relationship is only a part of our married lives. We need to connect with our partners at an emotional and mental level too. Share this candid story because all youngsters really need to understand this.