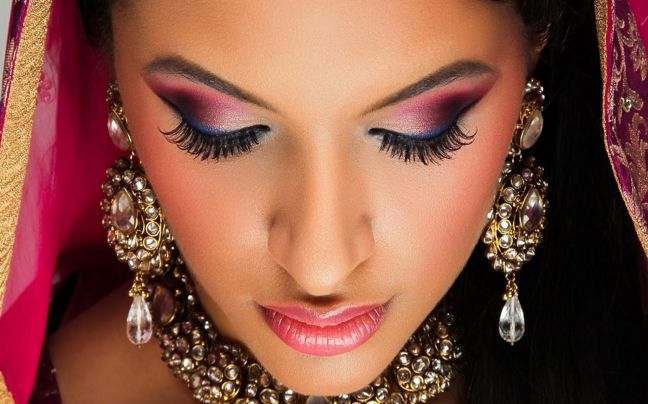 I really don’t know why I am sharing this part of my life with all of you. Yes, one of the reasons is that I wanted to confide in someone about this. This happened around 2 years back. I was about to get married in a week. It was an arranged marriage. I belong to a typical orthodox Muslim family. I am the only daughter of my parents.

I am a doctor and despite studying in a co-educational school and college, I never really interacted with boys. In our family and perhaps in our entire khandaan, girls are not permitted to befriend boys even casually.

My father was very good to me but he never ever permitted me to have a male circle of friends. Maybe that was why I always became very conscious if I got any attention from a male person. I felt so embarrassed about being so nerdy. But I also wanted to make my parents proud.

All girls love male attention and I was no different.

Our chats continued. We did not chat daily. We chatted only about once in a month.

But whenever I opened my chat box, I just wished that he was online. I never initiated the chat. He was always the one to initiate it.

We chatted about regular chores, books, Islam etc. Then suddenly he would start flirting with me. It was always healthy fun but I would always think that it was better to end the chat.

Was I afraid? Maybe. Maybe not.

I was brought up in an environment where such things were not permissible and even our religion does not permit talking with males.  Not that I was against that kind of thinking.

But this was just a casual friendship. How does that make a girl or a woman bad?

So whenever he popped up a personal or cosy question, I would change the topic or just end the chat. He knew that particular behavioural trait of mine. He felt it and would do it deliberately – just to have some fun. He would ask, “Where do you practice, Doc?” I would say, “Somewhere in Hyderabad!” He would then say, “Arey, why are you afraid? I am not kidnapping you or stuff like that.” I would just blush in front of my desktop screen and change the topic.

In reality, I liked and cherished chatting with him. After we chatted, I would just scroll up and repeatedly read our chats. Even today, I just don't know why I did this.  I had found a friend – I looked forward to spending time with someone like him.

But in between, we were disconnected for many months. I was busy preparing for my masters and one fine day my marriage was fixed. I messaged him, “I need to tell you something.” He said, “What? Kahin shaadi waadi toh nahi fix hogayi?” I said, “Haaan. In a week.” He said, “Ohhh! Congratulations then. What news….!” And we started chatting.

I don’t know why I was so desperate to chat with him. Maybe it was because I knew I would never be able to do so post marriage. And I hated that a lot. Can’t I have a male friend post marriage? What the hell!

We both had one thing in common. SHER-O SHAYARI and ghazals. That whole week we just played jugalbandi with our favourite ghazals on our chats till late at night. We chatted continuously for five days. He said that he had never found any other girl who liked or understood ghazals. He loved chatting with me about ghazals.

He said, “I have never been so open with anyone else apart from you – surprisingly!”

I blushed. I was happy. He jokingly said, “Sab ki shaadi horahi hai – siwaye meri.” I said, “Mil jaayegi – jo tumhare liye bani hogi!” He said, “Jis se shaadi karna chahtey hai – un sabki shaadi ho jarahi hai!” I got his point but I pretended not to have got it.

Then when we chatted for the last time I asked him whether he would attend my wedding and give me his blessings. He said one beautiful thing that I will never forget in my life. He said, “Promise me that you will not dress up like a doll on your wedding day. Just be simple…you'll look your best!!” I said, “OK.” He said he will surely attend my wedding.

That night we chatted till early morning. When I woke up, I had three messages in my chat box.

Something happened to me. It was as if I was caught somewhere. I immediately deleted his account from my list. I don’t know why I did this. I regret it. After I got married I tried reaching him on Facebook but could not gather the courage to do so. I could not even send him a friend request. I knew that he would surely add me back as his friend.  I always wondered what he would think of me. He would perhaps tell himself, “Kitne busdil ladki hai!”

Well, we were destined to meet one day. We came face to face at my aunt’s place where we had gathered for some occasion. I was standing there with my son in my arms and his mother introduced me to him. “Tumhe yaad hai bachpan mein tum dono kitna khela kartey the …saath me?” We both pretended that we hardly recognized each other and moved on.

I don’t know what he thought. But I still missed chatting with him.

I missed being friends with him.

I don’t know if we can ever define the kind of relationship that we shared. But I will cherish him for life. I STILL HOPE TO CHAT WITH HIM. WE BOTH SHARED SUCH GREAT COMFORT LEVELS. I WISH!!

Shared moments of laughter, joy, fun and frolic are our best treasures. We don’t really need to meet a person personally to get to know each other. The virtual world too is a great way of feeling connected to another person. Do share this sweet story because sometimes the virtual world gives us what the real world will not.