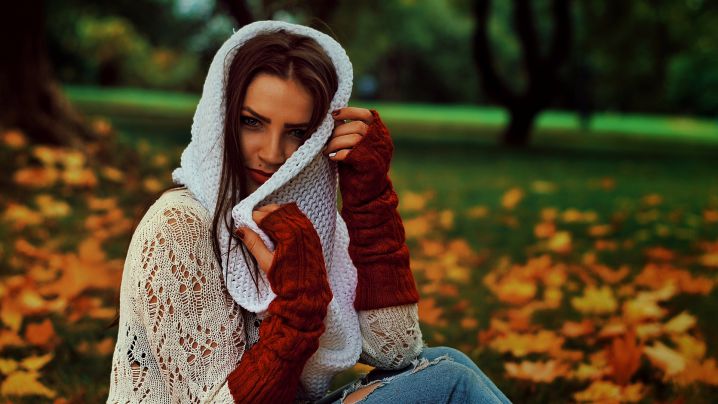 I believed in ‘True Love’ and thought that this kind of love would last for a lifetime. I knew that if I truly loved a person I would stand by him through all the ups and downs of life.

But such things happen only in movies.

I am the youngest child in my family. My parents are broad-minded and have never stopped me from pursuing my dreams. They have always encouraged me to believe in myself. I completed my engineering about 5 years back. I decided to join NIIT to upgrade my skills.

My dad was very possessive about me. So for one month, he dropped me at the institute at around 10 a.m. and picked me up at 7 p.m. every day. One day, one of my classmates tried to play a prank on me. I was so scared that I didn't even see who that person was. It was only later on that I came to know that a guy called Kapil( I have changed his name here) liked to play pranks on others.

The next day, I saw Kapil in the lab again. He was surrounded by several girls and he was making fun of other people. That afternoon, I got delayed for my lab session because I was working on my project. That is when I heard a voice calling out to me. I turned around and noticed that it was Kapil. He said, “Hey beautiful! What are you doing? I have a doubt. Could you please help me understand this coding? I am from a different background.” I said, “Sure! Why not!” I explained the topic to him.

While I was doing this, I could sense that I was getting attracted to him. Maybe it was ‘love at first sight’ for me. I now started looking out for him and kept track of his timings.

I then came to know that he was interested in some other girl. I don’t know how exactly it happened. Maybe it was a miracle. But he started talking to me. He even gave me a nickname called ‘Panchee’.

He would appreciate my hairdo and my dress sense. I was on cloud 9 because I knew I had met my first love. I was happy to experience all these love-filled feelings.

I then got a good job. So I became busy with my work schedule. Once in a while, he would send me a text. One day, I was getting bored. I checked out with him and asked him if he would be interested in accompanying me for a movie. I was happy when he said, “Yes”.

It was a beautiful day. I got to know more about him as a person. We continued to keep in touch with each other regularly after this. One fine day, he proposed to me.

We both knew that we belonged to different castes. We knew our parents would never accept our relationship. It took me 3 months to say, "Yes" to him. But I knew I was doing the right thing by accepting his proposal. Time passed. He completed his MBA and got a job.

He showered me with all his love and care now. He even invited me to his house. I met his mom and his sister and we became very close to one another. Every weekend, the four of us would hang out together.

We requested our team leaders to give us an off on the same day every week. Now it was easy for him to pick me up from my office and drop me home every day. This way we also got to spend some time together.

He gifted me a ring which was shaped like a cute little butterfly on my birthday. It was his first gift to me and all the other girls in my office were jealous of me now.

After his sister’s wedding date was fixed, he asked me if I would marry him. He even informed his mom about it. She too accepted his decision. So it was my turn to convince my parents now. I discussed my relationship with my parents. I told them how we had become close to each other over the past year. They invited Kapil to our house because they wanted to know more about him. Everything was so good between us. I was enjoying all the attention that he lavished on me. Every evening, he would call me. But one evening, he decided to play a prank on me.

He said that he had met with an accident and his heart was injured.

I was so scared when I heard this. I wanted to know all the details immediately. After a while, I got to know that he was just playing a prank on me.

I screamed at him that day and blocked his number too.

I tried to call him the next day. But his phone was busy. I tried to contact him for a long time but had no luck. On the 1st of April, I got a message from him which said, “Hi baby! I’m going to Rajahmundry along with my friends for a housewarming function. I will be back soon." I was shocked to see his message but convinced myself that he would be back soon. I was working in the night shift now. So I logged out early that morning, went home and slept.

I got a call from his sister at 8 a.m. She said that Kapil was no more. She said that he had met with an accident. I was too shocked to reply. My voice was shrill with pain. I thought he was just playing another prank on me. I hoped and prayed that it was just a prank.

I lost no time in reaching his place. I checked out the details with his mom and sister. They were inconsolable. They broke down when they saw his body and refused to let go of his hands.

Suddenly my life was broken. All his promises remained unfulfilled.

God had just proved that there was no place for ‘true love' on planet earth. I thought ‘true love’ was forever. But our ‘true love’ did not last even for a couple of years. It's been 6 months now. I think of him every single second. He is never out of my mind.

I still wonder why I did not call him that morning. I feel that if I had spoken to him that day, he would still be with me today. I wonder what kind of mistake I have committed in my past to reap this kind of a reward now. I lost the love of my life and I wonder if I will ever be able to come out of this pain. I love you Kapil and I miss you a lot.

Sometimes, ‘life’ and ‘love’ make no sense - at all. And some things can never be undone. The person we loved will always be a part of our lives. All those tiny gestures and shared moments seem precious now.  Let’s grieve for as long as we want to but let’s also learn to find all those nuances of love in our lives again. Let’s share this story because ‘true love’ always returns to us in a completely different way – someday - when we least expect it.