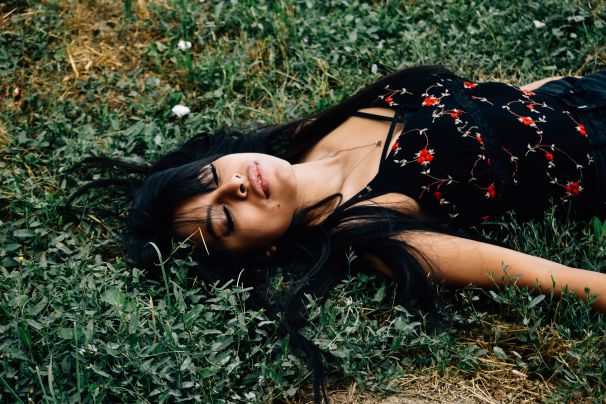 It took me only 30 months to understand what I hadn’t realized in 27 years of my life - ‘Life isn’t a bed of roses.’

Cancer is a disease that had affected many lives. It just happened to affect my life doubly. Both my parents had cancer and it was not in its early stages for either of them. When mom was first detected with cancer, she became highly emotional. 15 days later dad was detected with cancer.

And suddenly I didn’t know whom to cry for. I would wake up in the middle of the night to check if they were still breathing!

Fortunately, mom recovered. Dad too had started recovering. The sleepless nights, the endless prayers and the silent tears were all dedicated to God now.

I wasn’t aware of the fact that ‘Man is mortal’.  I was just a daughter who was frightened from inside because I could not even imagine a life without my dad.

Like all other Indian dads, my dad’s biggest dream was to see me as a bride. He wanted to know that I was happy.

He knew I loved him and he wasn't actually unhappy about the fact. And like all other dads, he too wanted the ‘best guy’ for his daughter. For me, the person I loved was the ‘best guy' and like always my dad believed in me this time too. The guy I loved was aware of all the pain that I was experiencing. He really empathized with me.

But like all other human beings, I too had my own share of tension in life. Unfortunately, this played a crucial part in bringing a rift in our relationship. We couldn’t be together like earlier.

It all ended when I had too much on my plate to handle and worry about. As if the pain of seeing my dad nearing death wasn’t enough – I was now given the biggest shock of my life. And this shock broke my confidence so much that even today I find it difficult to trust a guy who promises me happiness and says he will be by my side all through my life. He was supposed to be the best guy after all!

The end of a relationship is also like experiencing death. You know you lost it forever. It goes away creating an emptiness in your life.

All kinds of wanted/unwanted thoughts churned in my mind. I even thought of committing suicide to escape the pain of separation. I had started thinking too much and this pushed me into depression.

I had totally lost myself.

I was no longer the girl I used to be. I had lost my liveliness. I consulted a doctor to overcome my depression and luckily I recovered because my friends were around me to support me at this time.

I had no option at that time. I knew I just had to have faith in the fact that ‘these days too shall pass.’ Though I believed in this I knew that ‘these days’ would pass with the passing away of my dad.

So I didn’t want these days to pass. I started finding happiness in the struggle. I kept believing that he would recover and prayed every single day.

One fine day when I looked at his condition I felt it was better for him to die than to live like this.

I knew if he remained alive he would suffer all the more.

I felt so helpless when I saw my father. I could even smell his presence without seeing him.

His eyes would look at me and ask me to help him.

These experiences haunt me even today and will always haunt me in future too. Yet I wanted him to go.

He died in front of my eyes and I kept looking towards the south because I knew that the soul travels to the south.

I lost him. I lost my father. Both of them had left me. I know that if I had committed suicide that day my dad would have died much before his time. Had I left everything and cried and complained – I might not have written this.

I am thankful to the person I loved because he left me at that crucial juncture. I couldn’t prioritize my options at that time. I didn’t know whether I should think about him or my dad.

I had too much to cry about and maybe that is why I never took any foolish steps to escape the pain.

What I learned is: Love is not always yours to hold on to. It’s easy to hold on to it but very difficult to let it go out of our lives. Yet we have to let it go …..because it is for the better….and strangely enough the love that we have for the person empowers us to let go of them too…..

We all live as if we are guaranteed a lifetime of ‘tomorrows’. Often we get so embroiled in the minutiae of our lives that we fail to see the larger picture. Let’s not take ‘life’ for granted. Let’s learn to live our lives more meaningfully. Let’s not scoff at the idea of physical pain. Let’s not dismiss sickness and illness as something that happens only to others. Let’s share this story and help this young girl come to terms with her loss.