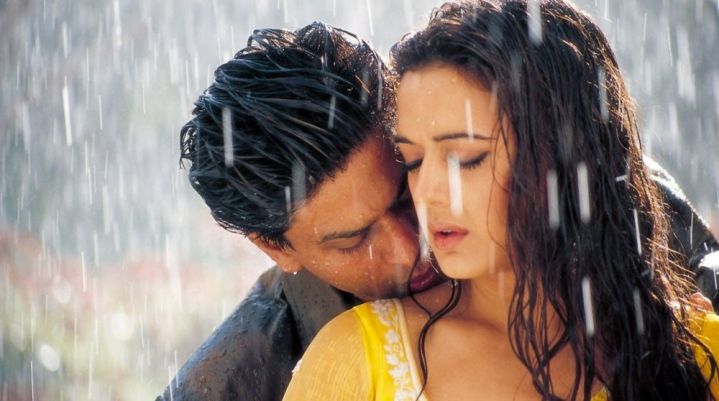 This is not a recent anecdote but yesterday’s rain reminded me of a cute incident. I did not sleep a wink that night. My boyfriend and I were so much in love that we were up talking till 5 am. He fell asleep while talking to me. But no I didn’t get angry. I thought that it was cute. I was feeling fresh even though I had not slept at all. I was staying in a hostel and therefore I had an unforgiving curfew. Shuffling sides on my bed, I kept re-reading our conversations. I realized that it started pouring. The rain made it cosier. I became restless and wanted to spend this beautiful morning with him. He had the coolest windows in his bedroom. I started daydreaming that we are sipping coffee by the window while enjoying the rain and cuddles. I woke my roommate up and told her that I was badly missing Abhi. She told me that there’s still 25 minutes for the gates to open. I rushed to the bathroom, took a shower and got ready to surprise him.

You know what’s the best part of South Bombay apart from Marine Drive? Cabs! The good old kaali peelis. Cabs were my saviors when it came to meeting curfew deadlines. I got into a cab and I was at his place within 7 minutes.

I rang the doorbell thrice, but he didn’t answer. I was already drenched and was getting chills. I tried calling him, but he was fast asleep. Now, I was upset and fuming. Who sleeps like that? I thought that I would give it a last try and if he doesn’t pick up, I’ll go back to my hostel. I dialled again but no luck. I went downstairs when he called. All my anger melted like the rain and I immediately picked it up. “Open the damn door,” My voice quivered. “What?” “I’m at the door,” I started ringing his doorbell continuously. He opened the door and kept gazing at me through the safety door. His dazed eyes were kind of checking me out. “Will you let me in? It’s getting cold” “Yeah, sorry” he opened the door as I got inside. He took my bag and jacket and smelled my hair while we hugged. I'm all drenched, get away”, I pushed him.

“I like my breakfast today, thank you”, He pulled me by my waist.

Before he could take it further, I started sneezing. I looked at him apologetically. He smiled and kissed my forehead and got me his t-shirt and a towel. Then he went to the kitchen to make coffee. His kittens came out from their hiding place and started brushing themselves against my feet. I was so engaged with them, I didn’t realize that he was watching for a while. We drank coffee by the window, just as I dreamt before. It was the most amazing morning ever. The rain still poured. I got an adrenaline rush when I suddenly felt his beard on my shoulder. The goosebumps made me drop the cup. I got hyper and started apologizing to him. He shushed me and picked me up in his arms and asked, “Bedroom or couch?” “What?” I asked. I was taken to the couch by then, I guess because he could not hold me properly. Or maybe he could not wait till we reach his bedroom. He put me on the couch.

The same couch, which had seen a different me every time. Sometimes bold, sometimes shy, sometimes in a jacket and sometimes naked!

While we were kissing, I saw something move and suddenly, there was one kitten on his shoulder gazing right into my eyes and another one was on my bag, looking us with a tilted face. I didn’t want him to stop kissing me but I could not control my laughter and told him to take a look at them. He took her off his shoulder and we laughed our hearts out. Even though he is not with me anymore, I think somewhere he too is cherishing all these memories which our love gave us. The memories belong to us. Only we know how much we still love each other even if the circumstances made it difficult for us to get married. I am sure such memories will help me to go on with life.

Share this story if you feel that there's something romantic about rain.