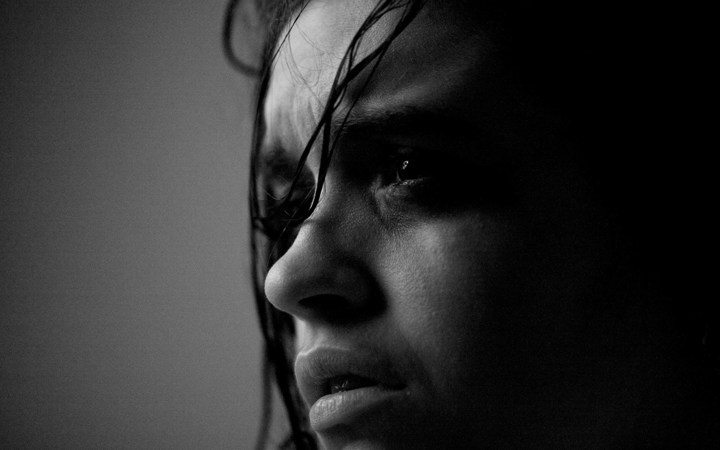 I am a dark skinned girl from a small town in U.P.

Somewhere while I was growing up, I came to the conclusion that I will never be liked by any boy because everyone always teased me about the colour of my skin.

So I developed an attitude, wherein I didn’t care too much about having a boyfriend. I had so many friends in school who were boys but no boyfriend as such.

When I was in class 8, I came across a guy who lived in my colony. Somehow he was always there everywhere I went. I found it strange that he was always looking at me.

It never occurred to me that he was stalking me because I had this mindset that I had a dark skin so no one would like me.

One day, when I was going for my tuition, I heard a voice behind me. Someone was saying, “Excuse me!” I stopped and looked back. It was ‘him.’ I don’t know why but I stopped. He said, “May I know your name?” I said, “Why?” He said, “Because I want to be friends with you.”

We both burst out laughing. We shook hands and I agreed to be friends with him. We shared the same pet names too. We started talking over the phone and he proposed to me within a week. I said, “Yes.”

Maybe I did so because I had this fear in my mind that I may not get another friend if I lose him. Maybe I was too young to understand ‘love.’ Maybe I actually liked him.

I had never imagined that I would have such a great time in my life because I had a boyfriend.

I never thought I would be fortunate enough to get this kind of attention.

Once, I had gone to my grandparents’ place for my vacation. I was away for 20 days. He shaved his head when I was not around. I was shocked to see him like that on the railway station. I called him up and asked him why he had done this. He replied that since I was not around for 20 days, he did not want anyone to see him.

So he had shaved his head. He then went on to say that he did not want any other girl to notice him while I was away. He said he wished to be mine alone. I was touched.

I too had missed him for every second of those 20 days. I was the happiest person in the family when it was time for us to return home after the vacation. We went around with each other for about six months.

One of our neighbours came to know about us. I would always call her ‘massi.’ She somehow took it upon herself to become my real ‘massi’ and went up to speak to him without letting me know.

She told him to keep his distance from me as his family was not as financially sound as my family was.

His behaviour towards me changed completely after this incident. He started avoiding me. He stopped taking my calls. He didn’t turn up in the places that I usually went to. I didn’t see him anywhere. My world turned upside down and I had no clue as to why this was happening.

I went up to his friend and asked him why he was avoiding me. He told me the entire story. I was shattered. I sent him a message and asked him to talk to me one last time. He took my call.

He was crying over the phone and told me what had happened again. He told me everything that my so-called ‘massi’ had told him.

He told me that what she had said was bitter but true.

He believed me and we started figuring things out so that we could be successful in our lives. He attended his lectures in college religiously now. I started concentrating even more in my school.

I wanted to be with him and of course be successful in life too. I wanted all the luxuries that money could buy for both of us.

I had finished my 12th standard and was all set to start college. In the meantime, he had finished with his college and had started looking out for jobs. Initially, he got a few low paying jobs.

He took them up and started saving for both of us.

I got admission in a college in another city. I thought that when I returned we would get back together and settle down. I was in my final year. My parents had already started looking out for me.

I did not tell my parents about this guy. I thought I would tell them about him after I returned. I kept rejecting all the alliances.

One day he told me that he had got a very good job in Lucknow. He said that the job was so good that I would not have to work initially. He was sure we could live happily with his salary.

He also told me that he had saved enough money for us already.

I was so sure that we would get back together when I returned home from college. He called me up in the morning and informed me that he would be going to Lucknow to take up his new job. Both of us were so excited. After I returned from college, I tried to call him in the evening. I wanted to ask him whether he had liked his new workplace and wondered if he had liked the city.

She told me that my boyfriend had passed away on his way to Lucknow. He had met with an accident. I almost froze over the phone. I couldn’t tell my mother that I was in love with him. I couldn’t cry in front of her. I just disconnected the call and switched off my phone. I fainted in my hostel room.

When I regained consciousness, my hostel mates along with the warden had gathered around me. I started crying very badly. I cried so loudly but somehow even that was not enough for me.

All I could tell them was that I had lost a friend. I couldn't even come back home because he was just a colony member to all of us. I just wanted to run away from everywhere. I don’t know how the days passed after that. I somehow managed to complete my college.

I came back home and searched for him everywhere. But I could never find him.

We both had waited eagerly for the day when I would finish my college. We had decided to tell our parents about us after this. But he was not around by my side anymore. It is now almost 12 years since he passed away. I am married to another guy who loves me a lot.

But somewhere deep within me, I could never let go of the love and the respect that I had for my boyfriend. My life had a meaning when I was with him. He told me that I was beautiful though I had a dark skin. He filled me with so much confidence that I could face the world.

Somewhere deep down, I feel guilty too. I feel he died because he wanted to give me a good life. But the irony is that I can’t tell all this to anyone because I am selfish and don’t want to ruin my happy family life.

But if he is reading this from the skies above, I want to tell him that I still love him.

Sometimes life doles out such a tough blow that it brings us down to our knees. The love that we have for a loved one flows through our tears for a while. After that, this love lingers in our hearts as warm happy memories. Some people indeed touch our lives in a wondrous way. Let's share this beautiful woman's touching story and help her come to terms with her loss. Her love for him will surely return manifold to her in a different way someday.