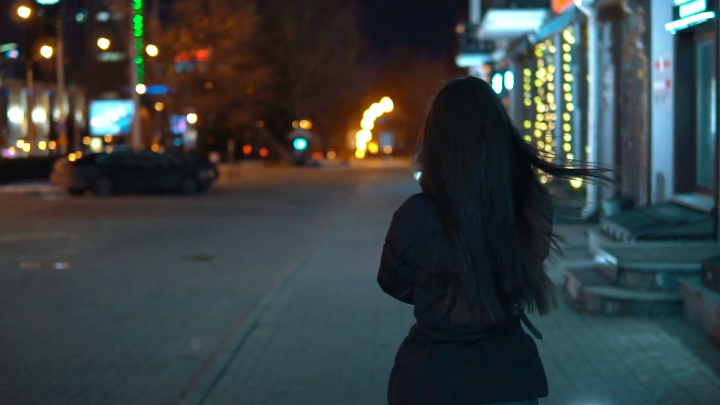 I knew my life was going to change when I started going to college. I was no longer a simple school girl. I had to change my lifestyle because I had to face the outside world now. I wanted to become a completely new person. I was determined not to fall in love with anyone in college. But destiny had some other plans for me.

When we started doing our practicals he said he had fallen in love with my sweet voice.

He was a nice and caring boy. We started talking to each other and often we would continue talking with each other till midnight. I shared all my secrets and family problems with him. One fine day, he told me that he would like to walk with me to the place from where I took a bus to reach home after college.

We soon got into the habit of walking together to the bus stop every day.

During one of our conversations, he said that he wanted to tell me something that night. I waited desperately for his call. I was a little surprised when he shared his feelings with me but I started joking about it. I told him that I was expecting him to propose to me.

He discussed his thoughts and feelings with me first. Then he wanted me to share my thoughts about our relationship. And then he proposed to me.

Our relationship took a turn now. We became close but I knew I was not all that serious about him. We talked nonstop over WhatsApp and soon we were constantly calling each other. I realized that I truly loved him. He cared a lot about me and I fantasized about him. I knew he was the ONE and ONLY for me. I accepted him wholeheartedly.

And that is where I made a mistake. But I realized it much later. I had started trusting him without knowing too much about him. I knew I loved him. I also knew that when I loved a person I would do everything for them.

We couldn’t talk properly in college. So we continued walking down the road while we talked with each other. We shared our thoughts with each other and discussed our subjects too. Initially, we would talk only till my bus came. But after a few days, I started missing more than one bus so that I could spend some more time with him. I made a card for him on his birthday because I could not afford to give him any material gift. He loved it.

After the Puja vacation, he took me to a place and kissed me. It was the first kiss of my life. I was on my first date with him. I still remember the way he held my face with both his hands, the way he hugged me and the way his lips touched mine.

I found it strange that he didn’t want anyone in our college to know about us. I too did not want to create any kind of fuss about it so I did not worry too much about it.

But I did not know that the devil in him would ruin our relationship.

When our semester exams were going on he would buy me something to eat almost every day. I enjoyed being with him and loved all his gestures. I felt like a baby when he was around.

After we finished our semester exams, we had a long holiday for almost 20 days. It was during these holidays that he started ignoring me. He stayed in the hostel and had gone home for the vacation. Usually, he did not take my calls when he was at home.

I don’t know what exactly happened but towards the end of the vacation, he told me that he didn’t want to continue with our relationship. I was shattered.

I tried to make him understand what I was going through by sending him several messages but it didn’t work. I cried. I was desperate to talk to him. I called him on the day he was supposed to return to the hostel. I cried while talking with him and forced him to understand what I was going through. I didn’t wish anyone on New Year’s Eve. I was able to wish them only the next day when things became normal between us.

I made a card for him again. He liked it. But after a few days, he started ignoring me again. He stopped taking my calls and told me to keep in touch with him by sending him messages.

I knew something was wrong. I asked him why he was doing this to me. I was crying very bitterly. He then held my hand firmly and said that he will not do any such thing again. But somehow I sensed that he would continue with the same kind of behaviour again. And I was right.

This time he ended up hurting me even more. We had planned to attend a concert in our college. We promised to stay together. I was attending the concert only because of him. But he started enjoying the concert with his friends. And I stood in the middle of our big college ground – feeling lonely amidst a large crowd. I clapped after each song but there were tears in my eyes. Every song pierced my heart like an arrow.

Nothing was alright in our relationship. So I just went home.

He promised to walk with me to the bus stand after we finished college the next day. But he started giving excuses. He didn’t accept my calls anymore. He was not willing to talk to me. I did my best to sort out things again but this time it did not work. I stopped eating. I stopped sleeping. I couldn’t eat and even when I ate something I would start vomiting it the very next moment.

I loved him from the bottom of my heart. Maybe he knew what I was undergoing but he did not give me any reason for his sudden change in behaviour. He just said, “I don’t want to be in this relationship. I want to be free.”

Somehow I couldn’t change his mind.

I knew that if he had asked me to die that day I would have willingly done so. I don’t know what happened to him during those 20 days. He was fine before our vacation but suddenly he stopped having feelings for me. He had proposed to me. He was the one who had started our relationship all those days back. And now he just wanted to opt out of it.

He had promised me so many things but he ended up breaking each and every promise that he had made to me.

I long for his touch. I yearn to listen to his voice.

We don’t text each other now. We don’t call each other now. I don’t want to talk to the devil that has come to me in Abhi’s guise. I believe that my Abhi is still there. Perhaps he is in that shining star that shines brightly in the night sky. I don’t believe that I have lost him. I feel that he is lives within me and is a part of every breath that I take. Nobody can ever take his place. I can never betray him.

He doesn’t like it when I cry so I stop crying whenever I start getting tears in my eyes.

All of us have the freedom to opt out of any or all our relationships. That is fine. Absolutely fine. Maybe the perspectives have changed. Maybe we simply outgrew our love for that person. But maybe we should learn to look beyond our own pain and spare a thought about the other person’s feelings. Let’s remember that this person was a part of our lives for some time. Share this story if you too feel that silence is not always golden.