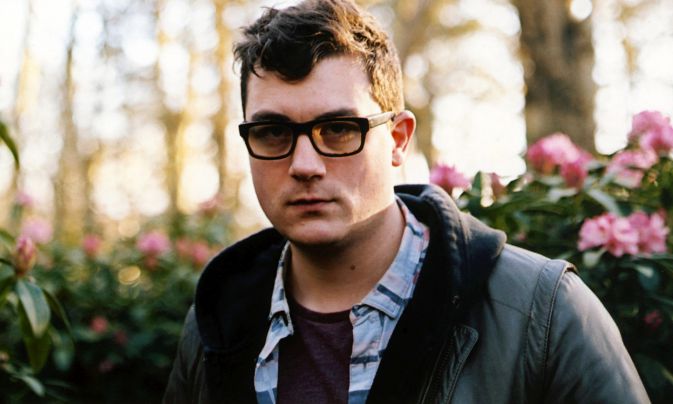 This happened almost 2 long years back. But I still remember all the minute details of that evening. I had been through a tiresome day. The whole city was messy because of the rains. The traffic had been equally chaotic and I had got drenched on my way home. I had just removed my wet clothes and put them on the clothesline to dry. I then sat down on the couch for some much need rest.

After a few minutes, I heard a sudden thud on our door. Usually, people ring the doorbell.

I found it strange that someone had thumped on our door like that.

I got up from the couch. I put another towel around my torso to hide my bare body. I opened the door quickly only to find Anuj, my roommate standing there. He too had been totally drenched by the rain.

But I could see the pale red drops of blood on his light grey formal shirt. Anuj was a fair guy so I could spot the bruise on his forehead immediately.

I was shocked to see him in that condition and asked him if there was any problem. He just ignored my question and went straight into our room to check his wallet. He had forgotten to take it with him to the office that day because he had left in a hurry. As soon as he reached the office, he had called me to find out if he had left his wallet behind at home. He rarely forgot to carry it with him.

He then opened the first flap of his wallet to check out if the picture of his parents was still there. I could see the wide smile on his face.

He would always keep my business card and his parents’ picture on the front flap of his wallet.

He coolly ignored my questions and my perplexed expression. He then started talking about something else altogether.

He started telling me how his mother would always scold him whenever he got drenched in the rain. He then recollected how she would dry his body immediately with a towel. He then started talking about all his rain-related childhood memories. He told me how he used to make paper boats when it rained and how he would ride his bicycle along with his friends when it was raining like this.

I looked at Anuj with a fresh pair of eyes that day. To me, Anuj had always been an annoying roommate who was an ignorant and indolent guy. But that day after I heard his random talks, I too started thinking of my boyhood days.

After a while, both of us sat down on the floor with chilled beers in our hands. We continued to talk about our past. It was still raining heavily and the draught beers that we were sipping on complemented the entire scenario very well.

He told me that his mom was a great lady who had bravely fought against cancer until the last breath of her life. He paused several times and said he knew how much she cared for him. He then pointed to his helmet which was lying on the shelf. He said that she had once got angry with him for not wearing his helmet while driving his bike.

At that time none of the things that he was saying made any sense to me.

He then paused for a long while again. I didn’t feel like breaking the silence. So I just sipped on my beer.

He then said, “Life teaches us so many things in so many different ways. Sometimes we just have to listen to it carefully.”

I just kept quiet. The red bruise on his forehead caught my attention again. It seemed redder now and suddenly it started to bleed again. Anuj looked at me.

His face had a different look on it.

The couch and the furniture suddenly felt too cold for my comfort. I found all this unusual. The floor was wet too. The white marble flooring now had small puddles of blood mixed water on it. I noticed that Anuj had still not changed out of his wet clothes.

But he now seemed to be smiling like a baby though his eyes were full of tears.

I suddenly decided to do something about his wound. I told him to press on the wounded place to stop the bleeding. I then ran inside to get my first-aid kit. I kept asking him how the whole thing had happened. I wanted to know how he had got wounded so badly. But he didn’t bother to reply to any of my questions. After searching for a long while, I finally found the first aid kit. I ran to the hall but I could not see anyone there.

I was surprised by the sudden silence. I shook my head and tried to clear it. That is when I heard the beeps on my iPhone screen. There were 8 missed calls from a random number. But I had not heard my phone ringing at all. I knew for sure that it was not in the silent mode too.

The rains showed no signs of letting up. And then all of a sudden, the lights went off. I now got another call from the same unknown number again. The person who had given me all those 8 missed calls was at the other end.

Surprisingly I could hear my iPhone ringing at full volume now.

For the first time in my life, I hated the iPhone ringtone. I picked the call and struggled to hear what the other person was trying to say.

“Is this Sanjay? Please confirm. Hello….Sanjay? This is an emergency. Please confirm.” It took me a while to figure out what I had just heard. I then said, “Yes. Tell me. What happened and who is this?” He said, “I am calling from the Gachibowli Police station. We have a body with us. This person met with a road accident. Can you just rush down here please?”

I was shocked. I said, “What? What body are you talking about? What the hell is all this about?” The person at the other end was getting agitated now. He said, “Do you know a person called Anuj? We have a body here which has a company ID card in the shirt pocket. I think Mr Anuj Roy works with TCS. Except this, we have no other information about the person. We didn’t find any wallet or any other ID card. But the last call that this person made this morning was to you. His skull was totally damaged because he was not wearing a helmet. Please come over immediately. It may become difficult to identify even his face if you don’t come over quickly. Are you Sanjay? Do you know Anuj? If yes, please come down to the police station immediately."

The voice was lost in the cacophony that the rains were creating. I just held the iPhone in my hand. I could hear the voice at the other end clearly even now. It was shouting at me and begging me to come over immediately. I stood still for a long while in the middle of the darkness.

The only vision that came before my eyes was that of Anuj’s. He seemed to be looking at me with a big smile on his face.

Do share this story if you too believe in intangible things like ‘intuition’ ‘premonition’ ‘God’ ‘sixth sense’ etc. Some of us like to believe that every single thing that we experience is preordained. Yet others believe that they have the ability to create their own destiny. One thing is clear. Such experiences open our minds and hearts and force us to think about several things that we take for granted. We then learn to value the gift called ‘life’.