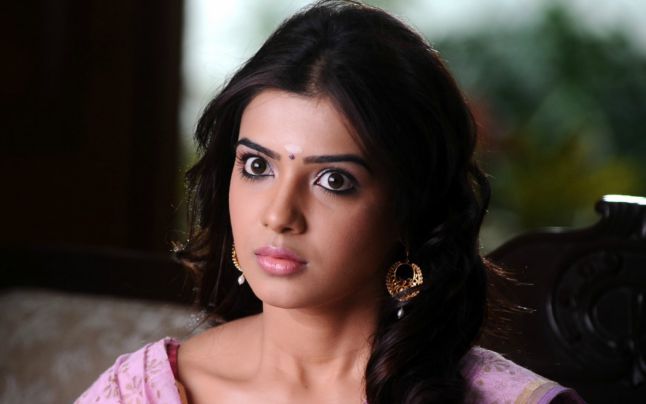 Dear Mother-in-law,
When you were after my life to give you a grandchild, little did I know that you just wanted a toy for the family to have fun with during their free hours. I realised this over the seven months of pregnancy and the thought of my life with you after baby's birth gives me the chills. I came to your house expecting nothing but co-operation and support from you and your son.

Over the last three years of my marriage, I have received nothing but disappointments and lessons from them. The most valuable lesson I learnt was — never expect anything from you.

I still had hopes that we'll some day come to better terms with each other. Maybe when I share the good news with you, that would make you show some concern towards me, which had been missing horribly from our relationship. Maybe I was looking for a motherly figure in you. But now I know, you cannot even be 1/10000th part of my mother. Let me tell you why?

When the doctor told you during the first trimester that I spotted bleeding and could have a strong chance of miscarriage and that I should be on complete bed rest, you were more worried about who would cook for the family.

When I slept for an extra hour in the morning because of tiredness and the prescribed medicines, you stared at me like I had been charged over a terrorist attack. When I was vomiting vehemently, instead of taking me to the doctor, you taunted and cursed me for falling prey to the natural sickness.

When I fell on the ground, the least you could ask me was to wash my face and serve food to your husband.

I had every right to take my husband to the hospital because he is the father of the flower blossoming on my insides. But instead, you asked him to stay out of "these matters". I would have been okay with that too, if you took the doctor's advice relating to my health seriously.

But all you did was remind me of sonography test bills again and again. I remember how you forcefully made me resign from the job three years back saying that your family was financially sound and well known in the society, and it was not okay for your daughter-in-law to be working. I obliged.

You, your husband and your son were always ahead of time when it came to showing off your wealth to my parents, despite the fact that they are financially sound and reputed too. Despite all of this, you accepted a big sum as dowry and hundreds of expensive gifts for two years. I do not remember you buying even a handkerchief for me. Why do I have to give you the details of my minute expenses, like even those for my sanitary napkins. Your son too turned out to be your carbon copy. But you guys are still shameless.

I have some self-esteem left in me to not ask for anything from my parents. They have done enough for me and more than enough for you. And here you are! Pointing out my sonography bills.

You might not have had those medical facilities during your days. But let me remind you that lack of those led to your multiple miscarriages. The doctor is not a fool to conduct blood tests or sonography for no reason. Stop using your brains unless you have a medical degree that allows you to do so.

For nine months, I kept praying to God to bless me with a son despite the fact that I personally wanted a daughter.

It is just because of the unsaid pressure from my father-in-law and you to expand the family.

There was a day when I had mentally prepared myself to commit suicide along with my infant child if it were a daughter. God was kind enough to bless me with a son but of course, you didn't stop there.

You asked my mother to help you out in handling the child and while I was in the hospital, you insulted my parents just because they cared about their daughter.

When my son was born with C-section, you, your husband and son only inquired about the child and did not even bother to show me your damn face.

When I came home from the hospital, the least you could do was not disturb me when I was taking rest after staying up the whole night. You bragged about how you woke up to calm down my baby or change his diaper, when you didn't do any of this even once.

On top of all this, you and your husband threw tantrums at my husband when he spent some time with his child and recovering wife.

You curse your dead mother-in-law all the time for being a jerk to you. Do you realise that such behaviour might make me curse you the same way? I do not know how long will this continue but I'm sure I will not be a mother-in-law like you because I still value humanity.

A journalist by profession, raised by cool and supportive parents, married to a guy from conservative marwari community and now looking after new born son.

LIFE IN THE TIMES OF CORONA
BAKKAR. CHAI. SUTTA
LET'S FACE IT
YOURS GEEKLY
YOUR STORY
STOLEN DIARIES