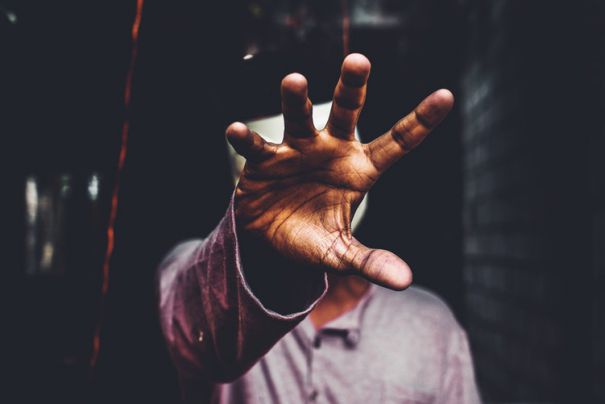 We were living a very happy and satisfactory life. We had a beautiful future planned for ourselves. We felt the true definition of love. Everything seemed so perfect between us. Why did it change then?

It happened in March 2017, while returning back from her vacation; she met a guy who was much younger to her. Somehow he managed to get her contact details. They started meeting casually at first.

She was an open-minded girl, they used to chat, have fun and she never took anything seriously. But I knew the guy’s only intention was to get her.

They planned to meet for dinner one day. She told me that a friend was inviting her to meet his fiancé over dinner but that was a lie. She was meeting him all alone. And I being protective of her, asked her not to meet him but in vain.

They started to meet often and I could sense something was wrong. She stopped giving me time and started to ignore me.  Every time I called to check on her, she always had a story ready to lie to me. This kept on going for long.

It was the month of August, and I asked her to meet up. But she denied again, something she was getting good at in the past few months. I had a strong doubt this time that something wasn’t right. I went to her apartment to check on her, and she wasn’t there. I waited for the whole night but there was no sign of her. She called up the next morning to tell me that she went out on shopping and to the beach with that guy and came home late by midnight. But I knew, she came back in the morning.

I was reaching my frustration level. I clearly asked her to spill out the truth and if anything was there between them, I would be okay with that to let go. She decided to meet and tell me the whole story. I stayed aghast when she repeated the same old story – the shopping and the beach. I immediately broke up with her. It was really a bad feeling.

I went home and when I couldn’t resist any further, I called her up. I made her promise to never repeat it again and we got back together. We continued, but I always had my doubts. I kept a watch on her and was ready to catch her red-handed.

After one month, the same scenario happened again. She was not in her apartment and her phone was also switched off. She was with him for the whole night. This was the second time I caught her and when she knew no lame story was going to work this time, she confessed.

It has been almost two months she was getting physical with him. But I could see no sign of guilt on her face.

This wasn’t it. The most shocking part came after that. When she told me they are not committed or having any sort of affair, they are just friends and they don’t plan on marrying each other. She wanted to marry me and was happy to continue her life with me.

I loved her. I couldn’t just let her go. So, I just asked her one more time to not keep any touch with that guy and we will make our relationship work. But life isn’t a fairy tale.

She couldn’t keep her promise and we broke up again. And the funniest part is that she blames me for ruining her life. Even now, she is in contact with that guy and if you asked her, she would say they are just good friends and nothing more. It was just an attraction phase and she has no other words to describe it.

What worries me is that she is being naïve and the guy is only using her in the name of friendship. I am not sure how she would react when the guy dumps her.

Janeman, I know you have left me and I am still trying to get over you but you are not going in the right direction. I am telling you because I know you. I can only pray for your good and happy life. You betrayed me but I can never do the same to you.

Please come out of your fairy world and see the reality. The thing you call friendship never existed and the relationship you are having with him was not just a friendship.

Trust is hard to find. And if you decide to betray it, soon people will start losing it in the speed of light. Share this story to let people know how hard it is to find trust and we shouldn't take it for granted.