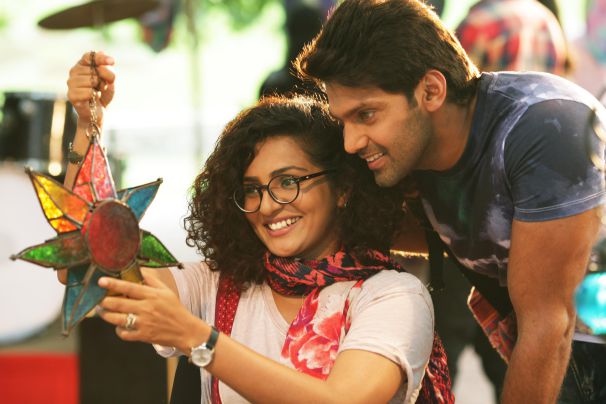 I met my ex-girlfriend during my college days and she was the only girl in my class. What started as a casual friendship lead to a beautiful love.

I felt special when both friendship and love was reciprocated from her side when she chose to be closer to me, which eventually ended up in our relationship. I still remember the midnight I drove all the way to stand in front of her house, without anyone at my home knowing, just to tell her ‘I wanted to see you’. That is how mad I was about her.

She is totally different from other girls – be it the course she studied, the movies she watched, the hobbies she enjoyed, the courage she displayed, the attitude she carried, or the bikes she could ride.

She always chose to exemplify the assertiveness and guts of a guy and probably that was what I fell for.

Life was a dream during my college, to have everything I wished for and everyone, including our friends beginning to believe that our relationship would end in marriage with benevolent wishes of our friends and well-wishers.

I was too happy to introduce her to my parents as the girl I wished and wanted to marry. On the other hand, her family was orthodox with a NO-LOVE-MARRIAGE-IN-MY-HOUSE-THING. They were of a reputed societal status (you know what I mean!).

She got in an MNC after her college and started working. Even though I succeeded at getting placed in one of the ubiquitous IT Company, I wasn’t interested in pursuing it. So I started to prepare for higher studies abroad and eventually landed up in a foreign country. Until that point, I was the person who had an ample number of friends and nothing but happiness in life.

But my world was shattered into pieces when she said that this relationship was heading nowhere and that she wanted to break up with me.

The worst part was when the breakup happened through a WhatsApp message. I pleaded and cried to her to give me chance to meet in person (I was ready to fly all the way to India the next day) before she could make up her mind. Nonetheless, the only answer she had was that she wasn’t interested in talking to me anymore.

The more heartbreaking part was not letting me know the reason for break up, without which I could not make peace with the past and get over her. Eventually, I slipped into depression, started having sleeping disorders, stopped speaking to my parents and cut back on all our mutual friends (most of my friends are mutual friends of us)

Three years later I met her once in order to ask for the "reason’’ hoping that would help me to forgive my past. All she said was ‘I do not feel secure with you. You don’t know what you want in life. Money is a necessary evil’. Yes, I agree money is necessary for life, but I needed time to make things work for me. Now, I am working abroad and earning better, but that doesn’t make me happy.

All I wanted from her was not to fix things for me but just to hold my hands while I fix them myself.

It’s been five years since the heartbreak and I have changed a lot - for greater good and bad. I travelled alone for a long-term, became an introvert, started choosing my friends, shrunk my social life to a handful of people and lost the smile on my face.

One thing, however, that hasn’t changed, is that me being in and out of depression and searching for myself whom I have lost.

Thanks to my ex who is the reason behind whom I am today. You have thought me it is okay to be selfish and made me realise that I am the most important person in life. Not to mention, my parents are there to support me at a point in my life. ‘Money is a necessary evil’ is a well written pragmatic life solution but love and emotions are the basics of life.

Share this story to rejoice the memories we make.