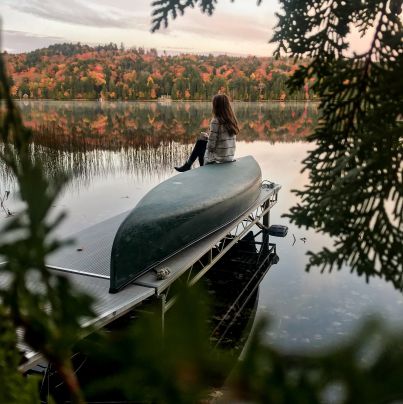 It was a pleasant day. I was, as usual, lost in my own world of dreams. I was eagerly looking forward to having a whole lot of fun after a few months. Yes, all of us were eagerly awaiting the function. I loved my first cousin. I treated him like my own brother and he was getting married after a few months.

I was always busy dreaming about how we would all have a fabulous time on the day of his Sangeet. I would visualize all of us dancing together that day. Yes, you guessed right. All of us are very close to one another though we are cousins.

We would go out for long drives and have our dinner together. We loved one another and both my brothers pampered me a lot because I was the youngest girl in my family.

Sanju bhaiya was older to me by a year and often I would literally call him a ‘monkey’. He was tall, fair, handsome and stylish.

He had a heart of gold and was the most comical character in our family.

We lived in different cities and we were always excited about meeting one another. But one day, everything changed forever.

Suddenly everything was over – in just a jiffy…

I was with my family that day when we got a call. An unknown man was at the other end. The voice said, “Your son has met with an accident. We are taking him to the hospital. Come as soon as possible.” That is when we realized that he was talking about Sanju bhaiya. His mother was not at home at that time and we lived in a different city. I didn’t even realize that tears were pouring down my eyes. We did not have any details with us as yet but the caller had ended the call. We tried to contact him again after a while and came to know that he was conscious now and his condition was not serious. He said there were no scratches or bruises on his body but he had met with a car accident.We were thankful for the information. For a while, we didn’t know how to react to this kind of a situation.

I wanted to go to Mumbai immediately but my family stopped me from doing so. They said, “He’ll be OK.”

Yet, I felt very disturbed.

I walked out of our house and called my friend. I asked her to pick me up. I was sitting outside the house and waiting for her.  I called my mom and said, “Don’t worry about me. I will be at Tanya’s” But mom called out to me immediately and said, “Deepali, come back home. We need to leave for Mumbai.”

I froze. I couldn’t utter a word. My voice was trembling and I mustered all my courage and said, “Why mumma?”

My mom told me what I had been dreading all this while. She said, “He is not well. We have to go to see him.” I understood what she meant by that. I went into the house and saw everyone crying. I didn’t know why they were crying. I could feel my heart thudding against my chest rapidly. I asked, “Is he alive or not?” They said, “He is serious. His condition is deteriorating.” My heart sank. I kept screaming, “He will be fine. He has to be fine. He has to live for us.”

We decided to leave for Mumbai immediately so dad was busy booking a cab for us. As soon as we sat inside the cab, mom’s phone started ringing. My uncle was at the other end. He said, “Sanju is no more.” My mom just couldn’t speak. I could see the tears rolling down her cheeks. She gathered all her courage and gestured to my father.

I felt as if I had lost everything that day.

Yes, I lost my 21-year-old brother that day. I had always loved him from the bottom of my heart. He was going to turn 22 a month later.

Suddenly I felt drained. I had no energy within me now. I rested in the back seat of our car. I knew I had a lost and a blank look on my face. I looked out of the window and could feel the tears rolling down my cheeks.

Never before in my life had I felt so lost and lonely.

Today, it has been 9 months since we lost him. I still think of him every day. I cherish all the beautiful memories of the times that we shared. We had played pranks on one another, laughed our hearts out and had been scolded by our seniors several times for indulging in so much mischief. He would always pull my cheeks. He had never stopped teasing me.

I had dreamt of dancing with all my cousins during the Sangeet. I had shortlisted so many songs for that evening. But all my dreams remained just that – dreams.

I miss you bhaiya and I love you to the core.

Who can make sense of such experiences? Why do such things happen? Does an entity like God even exist? These are the kinds of questions that will haunt us and they will remain unanswered forever. Whether we like it or not – we have to move on with our lives. But let’s share this story and learn to make the most of our lives when we are alive. At least we will leave behind lovely fun-filled memories for the people who truly love us.