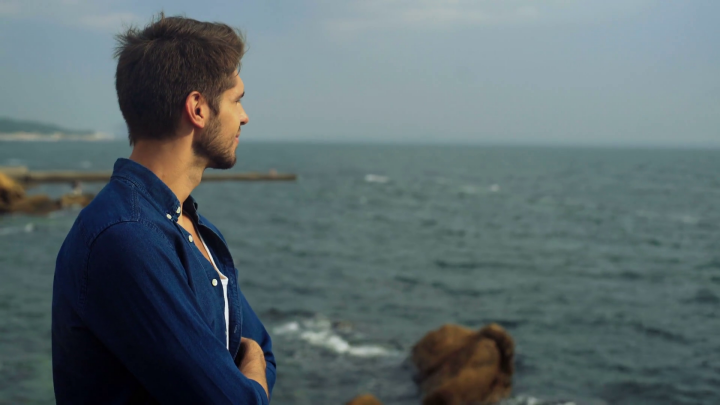 I met her in my class in the first half of May. We were doing our engineering in a college in Coimbatore and we had no friends there. Both of us had one thing in common. We both knew Hindi. She is a typical North Indian Rajput girl with a defence background. She was a good student. I am a Malayali guy who joined this engineering college after finishing my diploma.

Initially, she was a bit hesitant to forge a bond with me. But eventually, we went on to become friends.

I was three years older than her but this did not matter in our carefree lives. We became the best of friends.

By the end of the second year; she had helped me get out of my depression completely. I was happy to have her as my friend and treated her like my sister.

During our third year, we both walked back through the hills of Coorg in Bangalore.

I told her about how I had failed in love once and that I did not believe in love anymore.

She comforted me and said one line in Hindi, “Agar pyar saccha ho toh vo uske anjaam tak pahuch jaata hai.”  I told her that she was giving me a Bollywood version of my love life. But the time that we spent together was memorable. We made many beautiful promises and assured each other that we would meet once in a year in Delhi. I would always call her chirkut. Those were the best moments of my life.

In our third year, when Chennai was experiencing floods, she met another Malayali guy like me. I did not know that she had fought with many people for him.

He was very rich and arrogant but she had never told me about him. One day, this guy messed up with me for a very stupid reason.

He started fighting with me on Facebook and told her that I had insulted him. She confronted me with this accusation.

I apologized to him six times – thrice in a personal chat and thrice in a group chat. But he behaved even more rudely with me every time I apologized.

She told me that she truly loved him. Initially, I was slightly taken aback to know this but I was happy for her. I tried to speak to him again but he started abusing my mother verbally and told me that he will hit me. I lost my cool and said, “Let’s see.” I then told her that I couldn’t handle him.

And that’s when she told me that I did not have a good character.

I was shocked when she told me this. Later on, she regretted her words and said, “Sorry.” I asked her not to talk to me because I did not want her love life to get affected because of me. I had stopped believing in love anyway. So I gave up talking with her.

That guy played a double game with her. He was with another girl and in the end dumped both of them. She could not bear it and cut her vein. Luckily it did not take a serious turn.

There is only silence between us now. We were besties earlier but now we behave like strangers.

We bid farewell to each other without taking any get-together photos. We did not even make any promises to each other. We were the ones who had once set an example to others because we had always shared a great bond of friendship.

She has blocked me on Facebook. I hope she gets to read this. I just want to tell her that I called off our friendship for our own good.I was hurt when you spoke like that. But you believed in love and I had stopped believing in love a long while ago.

But I still have the same respect for you.

I will always remember you and you are always there in my prayers.

Misunderstandings happen because we are incapable of understanding the pure nature such bonds. As a society, we still arch our eyebrows and question a bond of friendship if it involves a girl and a boy. We feel insecure and want to possess the hearts and the minds of our loved one completely. Let's share this young man's story because it's high time we all broadened our mindsets and learned to look at such precious bonds with the right perspective.