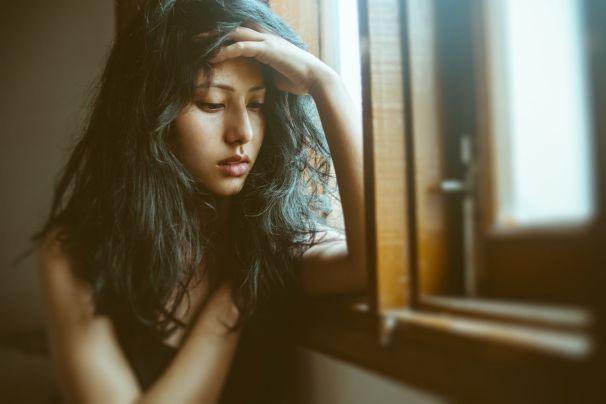 Fathers are so important in a child's life.

I lost him in 2016 when I was 24 years old. Too many dreams hovering over my life, mind, heart but never thought this could ever happen to me or to my mom especially.

Like everyone else, I too had a nice happy family of four: mom, dad me and my big bro. I love them like anything. Why I am writing this is to let everyone know what I feel for my papa although I had chances to show him how much I love him? I adore him, look up to him, respect him but still I wanted to pen it down.

Parminder Singh was a person filled with life, leisure, honour, courage, intellect, whatnot. A person with high aspirations that are only meant for us, not for him, high hopes for us, and everything that can benefit us. I have a lot of incidents to share but I don't know where to start from!

A smiling personality who never bothered how he looked, rather always got concerned about how we dressed up. Being a businessman, he never had that bossy attitude, yet he knew how to get things done. He had the knowledge of almost every household chores and other professions too. He had literally started his journey from scratch, went to the middle east to earn a livelihood, he was the breadwinner for a family of 6-7 people back then, got married started life with mum and gradually, things began to change as it always happens in a family where the mother-in-law is a bit authoritative, but hats off to him that he managed both gracefully.

He was, he is, and he will always be my star and my hero.

Everyone says that daughters are a gift to a father. He was so elated when I was born! He was still having go-rounds to the middle east to earn money but I never liked him leaving us behind after every 2-3 months, (though I was just 6-7 years old). And finally, the day came, and he dropped the idea of going abroad and earning. He started working in India only.

Time passed and we were growing up- school, college, jobs happened but in every part and parcel of my life, my hero was my papa. Yes, it's true. I loved him more than mom. He was the person I could share anything, like all the girly stuff too, as he was never that orthodox type of person. He believed in complete freedom (Under controlled way... LOL). He never stopped me from doing anything, unlike my mom. He used to share some important things and decisions related to business with me as if he trusted me more than my brother. He used to think of as a matured girl with high wits like him. Ahh, papa, I miss you so much every day.

And yes, one more quality he loved to flaunt, and I too have that. We had many foreign trips since I was in school. His dream (maybe) was to get himself clicked in almost every country. I miss those trips, those pictures, those poses...

Whenever I was in trouble, he was there. I mean it literally he used to be there. I may be at any corner of Delhi, if I call him and say that "Papa I am in a mess," he would come to me in just 10 minutes to help me out. I mean just 10 minutes by watch! I don't know it might seem absurd, but that was true. He was my strength, my everything. He never showed his sad side to us. He used to scold us, taunt us, but his feelings were unsaid. He loved us to the core but he had a bad habit of drinking. Maybe that's the reason he left us in vain.

2016 September: My birthday falls on the 10th of September. It was my first and last birthday when I didn't cut the cake with him. I didn't know I would never get the chance of celebrating it with him ever again. On 23rd, he left due to chikungunya that his body couldn't bear. Everything snapped off in just one day. My life spun 360° in just one day. Suddenly, I became a more mature girl like papa...

Why papa, why? Why did you leave me without saying anything?

Now I am married, and a mother. I wonder what I should tell my son about his nanu? Where is he? It's the destiny that repeats itself, as I too was unfortunate to have the love of my nanu. But why papa, why?

His death is a big loss to my soul. I still cannot get out of it. Miss you always, papa.

Your loved ones are always with you. Keep them alive in your story.