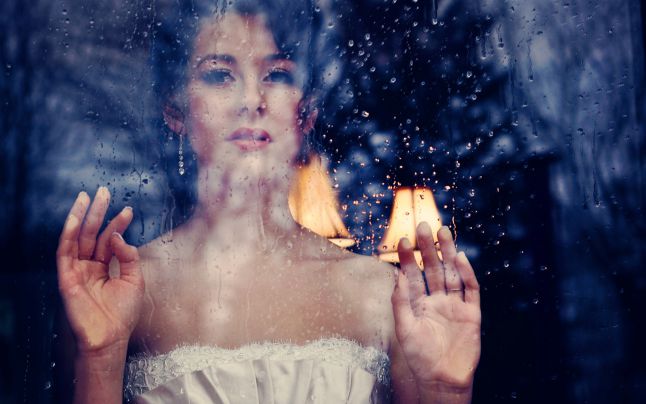 When we started our relationship, there was no love but I ended up loving him to the moon and the back. We both belong to same community, and to be precise, the same church.

I was preparing for my competitive exams. I am a bit studious, to be frank, also quite opinionated. I may have fans and followers, too. And the love of my life is a person who is good at heart, the most caring person in the world, and was working in the Gulf countries, then. So, the time gap between us was a one-and-a-half-hour difference. Now, coming to my fairytale. I was the one who had initiated it. I had no idea about this person, until one day I texted him to win a bet with my friends. Initially, I had no thoughts about him. I just texted him saying, ‘hi bro’. And a usual chat was going on between us. To be noted here, I didn’t have a profile picture on WhatsApp, at that time. So, I was an anonymous person to him, and he hadn’t asked me for my picture, too. After a few days, I updated my profile picture and the instant I did, he texted me asking, “is that you?” I said yes. And then he asked me not to address him as ‘bro’. I refused him by saying that I will since he is three and a half years older than me. I thought this to be funny. Time passed.

On Christmas, I happened to bump into him at Church. He is a bit shy type, so as I was wishing all my friends, and he was standing near our common friends, I held my hand out to wish him. That's when the cupid struck on my head.

It was kind of a pleasant feeling, and after that, I never used ‘bro’ to address him. I would normally address him, just like our friends do. We started chatting, and it was like we were unaware of time, whether it was day or night. I would send him many selfies, and he loved them, especially my smile. As days passed by, we started spending more of our time together. Except for sleeping hours, and my studying hours, we would chat, from good morning until good night. I never felt that there were miles between us, we were so close that no distance mattered. It was a heavenly period, and we were creating memories. I didn’t even realize when I had started falling for him.

I cautioned myself to stay away but I couldn't, and this resulted in us getting closer. We started missing each other’s presence, and developed feelings for each other.

This happened even though we had decided that we wouldn’t fall for each other because we belong to different castes and speak different languages. Initially, I felt that it is correct, but as days passed, I became more possessive and I started feeling like he is the man for my life. I conveyed this to him, but all he had to say was, that it won’t work out. I pleaded with him, but he seemed to be quite aware of the scenario, so he was adamant. That is when our relationship got sour. I know that he will not be mine, but there is still hope in my head – it keeps on telling me things would work out because I have trusted his love for me more than the love I have for him. I would write poems for him, mostly romantic, and he would admire them. On my birthday, I received a cake and flowers from him. I was more than happy, but not totally, because I feared that we would not be together on my next birthday.

It was a bittersweet moment. When he visited on Christmas, and we happened to meet, I gifted him a scrapbook, compiled with his pictures and my poems.

I didn’t have the heart to let him read it in front of me. I just sat there, holding his hands. After a while, my eyes started getting teary and I was fighting the lump in my throat. I thanked God that at least I had a chance to meet this beautiful person. He gave me a watch that day, I still have it. Our silence communicated more than we could. I knew even then, that a year after this moment, his parents would start hunting for brides for him. But still, I had hope. I asked him again, what would come of us, and he gave me the same reply again.

He nearly told me that I don’t deserve someone like him. I couldn’t bear the weight of his words, I cried that entire night, till my eyes went dry. I screamed into a void.

He is not in my life. I took a decision after that, to not talk to him ever again. But I ended up wishing him on his birthday. We fought again, but he would call occasionally, and we would talk. This went on until the next Christmas. I knew that this time he would definitely get engaged, before leaving. And, what I had predicted, happened. After we fought, we were in a non-talking phase. I was at home that day when he called me to tell me that he is going to get engaged. I prepared myself to accept the reality. On the call, he asked me about my wellbeing, then went on to disclose the news of his engagement.

I felt like a thousand people were kicking me in one go, my hands were shivering and head became heavy. All I could say was that, “Nice to hear and I am happy for you”. He didn’t react.

Later, I asked about the bride and he was happy to share her details. My heart was crushing into pieces. I couldn't talk any more, so I just said that “you got the kind of girl you wished for, and please this would be the last time we are talking to each other”. He asked why so, and I just said bye and hung up. After that, I rushed into my room and made sure that I locked my door.

I burst out crying, and let my inner feelings flow. Hugging my teddy, I cried.

I couldn't control my tears. I wished that it would be a dream, or maybe he was playing a prank on me. But in the end, it was the harsh truth. I went to the washroom and found out, that I got my chums because of hormonal imbalance, as my date was a fortnight later. After his engagement, I congratulated him with heartfelt wishes by text. He didn’t reply. He texted me that he is boarding his flight, and I replied on that. He changed his Facebook status, and I commented with my best wishes, there too.

I went into depression, nobody knew about my relationship, except for my roommates. I stalked his fiancé’s Facebook profile, too.

After some time, I told myself that I shouldn’t be sitting here and worrying. I blocked him from everywhere - Facebook, WhatsApp, and I even blocked his fiancé so that I wouldn’t end up stalking her incessantly. I cannot say that I am over it, but I am slowly moving on. I hope that everything gets back to normal soon.

Yes, I have finally let it go. It's Christmas and I can only think of how much love there is to give. And there is such a big, beautiful world to give it to.