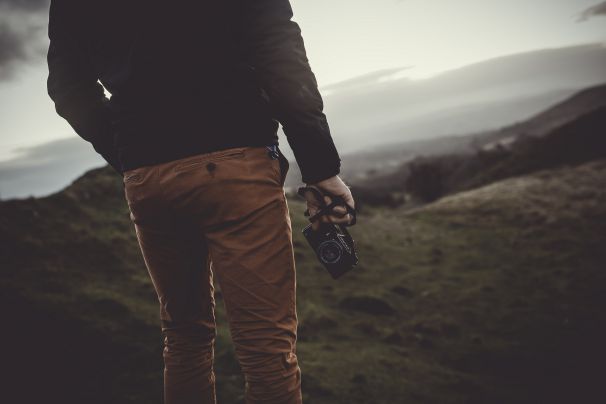 I was working with a US based company in Delhi when this happened. Our management was happy with the performance of our team. As a surprise gift, they arranged a trip to Nainital for all of us. The arrangements were superb. We would travel by a Volvo bus. We would have access to unlimited drinks and food and would be staying in a 5 star hotel. All the team members were super excited. We were 10 girls and 14 guys in all.

We all headed towards Nainital at around 6 p.m. after we finished our work in our office. We danced, sang, drank, ate, shouted all through the night and enjoyed ourselves in the Volvo. We reached our destination, the Royal hotel, in the morning at around 7 AM. All the rooms had been booked on a sharing basis and were very close to one another. Only my partner and I got a cottage which was actually 50 metres away from where the others were staying. We had to pass through an artificial jungle to reach our cottage but the mountain view behind our room was awesome. All our colleagues were jealous because we got a cottage with such an awesome view and they had to stay in rooms only.

The cottage was actually good during the day but it changed to a scary place at night. There was a jungle in front of our room and the mountains were behind us.

We all decided that we would explore Nainital after having our breakfast at around 11 a.m. We did some boating and shopped on Mall road. At around 4/4.30 p.m., one of my friends suggested that we go sightseeing. Aman, Priya, Neha and I booked a cab so that we could see 6/7 places in Nainital.

We reached suicide point at around 7 p.m. When we were taking snaps, I realized that someone or something else was also there with us. I was standing there for a few seconds and I was completely lost. Aman came to me and told me, “Bhai, Kab se bula raha hun. Kahan khoye huyeho?”

Suddenly I realized that it had become dark. Both the girls were scolding me because it was almost 8 p.m. now and they had been asking me to come with them for the past 20 minutes. I wondered how this could happen.

We went back to the hotel immediately but the four of us were already late for the cocktail party and dinner. I was tired so I had a few shots of whisky, ate some snacks and went back to my cottage. I informed my friend that I would join them in sometime.

I was drunk. I was lying down on the bed and talking to one of my friends on the phone about the trip.

I could sense someone walking into my cottage. I thought it was the effect of the whisky that I had drunk. So I went to the washroom and washed my face. There I saw someone standing next to me but I could not see her in the mirror. I did not know how to react to this.

I just ran to the place where everyone was enjoying themselves. I did not tell anything to anyone else because I did not want everyone to laugh at me. I had a few more drinks and had my dinner. I stayed with my friends for the whole night. I went to my room and slept for a couple of hours. We had to leave our hotel by 8 a.m. I could remember everything that had happened the previous night. We reached Delhi at around 9 p.m. I was so tired that I did not know when I went to bed and slept.

At around 2 a.m., I dreamt that someone was lying down next to me. I woke up and saw something scary. I had not been dreaming at all. It was actually happening to me.

I did not have any other options, so I waited till morning. This started happening regularly, so I talked to my cousin about it. He knew a person who solved such issues. I met him. After seeing me, he closed his eyes and asked me, “Did you go to any hill station recently?” I looked at my cousin. I thought my cousin must have told him about it but he hadn’t told him anything about our trip.

I had my camera with me so I showed the pictures to him. It was unbelievable that out of hundreds of pictures, he stopped at that suicide point snap. I had taken 2 pictures at that place. He noticed something which really scared me and my cousin. There was a clear picture of a girl in both these snaps.

I discussed the matter with my parents because it was almost confirmed now. I travelled to my hometown and consulted a few other Babas there. Surprisingly, everyone told me the same thing about the hill station and all. I went back to the first Baba as he knew my cousin and I felt that he was a genuine person. We started working on a solution for our problem.

Baba got to know that she was in love with me and she couldn’t leave me now. Baba then told her that this was not possible. She was definitely powerful and said she didn’t want to leave me. So Baba promised her that I would be hers after my death but in return asked her to promise me that she would protect me whenever I needed any help and called out to her. She was convinced. I could feel her presence within me and knew she loved me.

I have faced many challenges in my life after I met her but every time I was able to work my way out of my challenges because of her presence. Things that seemed impossible earlier started happening after this incident. And every time this happens, I feel I am blessed and am protected by a supernatural power.

Don’t make fun of this. I respected her so I was really was blessed by her and my experiences in life were good. But she doesn’t like people who make fun of her and doesn’t hesitate to take revenge. So I request you to refrain from challenging her unnecessarily because the loss will be yours.

Share this story because things like faith and supernatural powers are intangible and maybe only when we experience such things we will believe in them. Yes, we may not understand or accept such aspects of life, but let us not laugh at such things either.