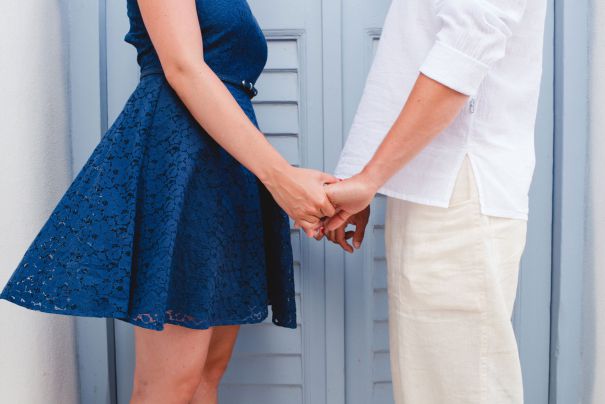 I'm the little dreamy girl who used to think that her Prince Charming would come and take her from this zaalim world, just like any other girl did. But in my entire school life and college life, I didn't meet any such man whom I would fall for completely, in a way in which I could not imagine my life without him.

As the years passed by, I completed my graduation moved to a new place for post-graduation, and I also joined tax classes which could help me in my career. My friends used to share stories from their relationships and would always say that I should give love a chance, but my answer would always remain the same- "I haven't found a man whom I can love completely like that, let alone date!"

One sunny day, I was leaving for my classes and when I reached there, I was told that a new guy had been introduced to our class. He was an average guy, but he had the perfect height. I had a feeling that I had seen him among my friends' circle at some time or the other, and I had a bit of a prejudice against him. Which is why I didn't have a very good impression on him. I wanted to only focus on my career because I had big and much better dreams for myself. I didn't want any kind of mess to come in the way of my dreams, but life had dreamed up something different for me, and I was about to find out.

The next day, I met him on my way to the class, and he introduced himself to me with a formal handshake. We spoke about a common friend we both knew and that topic stuck as the conversation starter for the next few days.

Eventually, we sat together during classes, began enjoying each other's company, and had a lot of fun. Days turned into months, our interactions happened every day, and suddenly, I found myself feeling as if this guy had become an important part of my life.

We did fight and argue, but we also pampered each other, but I don't know why on the outside, I continued to pretend as if things were less than what they were. In this phase, I didn't realize what was really going on, and I had completely denied my true feelings for him.

Then came the day when he proposed to me and that drove me into my shell. I couldn't handle the shock of it and I didn't speak to him for 2 days. But then, I went to him and we talked it out. And finally, I was able to accept my love for him, and I realized that I had nothing to be afraid of. I don't think I can ever forget that day of my life.

But now we have an entirely different challenge to face- our parents. We've been trying really hard to convince them. Right now, I'm in between two very difficult situations. My boyfriend is my world and I don't want to lose him, but on the other hand, I can't bring myself to let my father down. I'm completely at a loss for what to do. I wish I knew.

Share this story because you know it's bound to have a happy ending, and because you know that anyone in the 21st century doesn't deserve to actually choose between her family and her love. She deserves both.