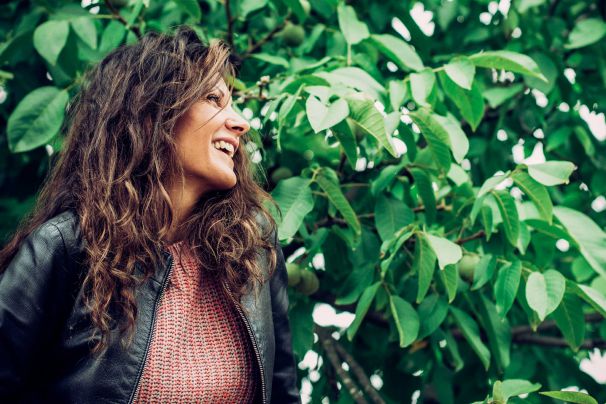 I was 18 years old when I met this guy. Both of us were pursuing engineering and he was my batchmate. Like all other girls, I had many dreams and aspirations when I joined college.

I had an open heart and a mind at that time and was clueless about relationships because I had never been in one before.

We had a few common friends so we became friends in no time. Gradually he became a part and a parcel of my life. We both started sharing each and every detail of our daily lives. Our friendship quickly turned into love.

I was not very mature and was new to dealing with such relationships so I did not think twice before accepting his proposal. I simply loved his company.

I gradually started falling for him. His smile, his words and his actions would always mesmerize me. Things were smooth sailing for nearly 6 months. Then we parted for our winter break. Even the thought of not being able to see him for almost two months gave me chills.

I became restless just after a week of our vacation. I realized that I was totally in love with him. I would send him a hundred texts but he would rarely reply to any of my messages. I was a little taken aback because this was the first time he was behaving this way with me.

How I wish that I had been mature enough to understand those signs.

But I consoled myself thinking that maybe he was busy. I was dying to see him after the winter break. But when I finally got to meet him, I saw that there was no excitement in his eyes. In fact, he got irritated with anything and everything that I did. I was surprised and confused but tried my best to remain normal. Two days later, he came to me and apologized for what had happened. He kissed me and made out with me. I was happy that things were getting back to normal.

Once he was done with me, he started behaving in the same manner again. He would get irritated and angry with me.

I was confused by his behaviour and wanted an explanation from him. After asking him about it a million times, he finally opened his mouth and said he wanted to break up with me because he wanted to get back with his ex. I became numb. My brain stopped working for a moment. I started shivering. I wasn't angry. I was broken and my heart felt heavy.

I was innocent enough to say, “The choice is yours but I will wait for you.”

He did not talk to me for a month. But he came back and apologized when he got to know that I was getting close to someone else. I forgave him. That was the biggest mistake of my life. Life was no better even after he came back. In fact, it was easy for him because he knew that I loved him so much that I would get back to him no matter what he did to me.

He would make out with me and then on the same day he would call me when he was drunk and say that he was in a house party making out with someone else.

I would cry my gut out and feel helpless. I could not accept the fact that I was being used for his sexual needs. I didn’t know if I was stupid or dumb to do this. All I knew was that I was head over heels in love with him. Maybe only people who have been through such a situation will realize how difficult it is to get out of it.

I couldn't be with him but did not have the courage to leave him too. It takes a lot of courage and willpower to get out of such relationships.

The torture continued for 3 long years. One day I finally mustered the courage to break up and move out of it. Today, I am mature enough to understand such things.I am now with a guy who knows the meaning of love and more importantly knows how to treat a woman. I am very happy now. But even today when I hear the word ‘house party’ I get the chills and remember those dreadful days. He was my first love but he scarred me forever.

I protected myself so fiercely after he broke my tender heart that now nobody dares to mess with me.

So in a way, I think I should be thankful for my ex because he made me realize what I truly deserved. He also showed me what I could very well do without in my life.

That is the spirit with which such ugly experiences need to be dealt with. Share this feisty young lady’s story because only when we reflect on such unpleasant experiences of our lives will we realize how much we have grown as a person.