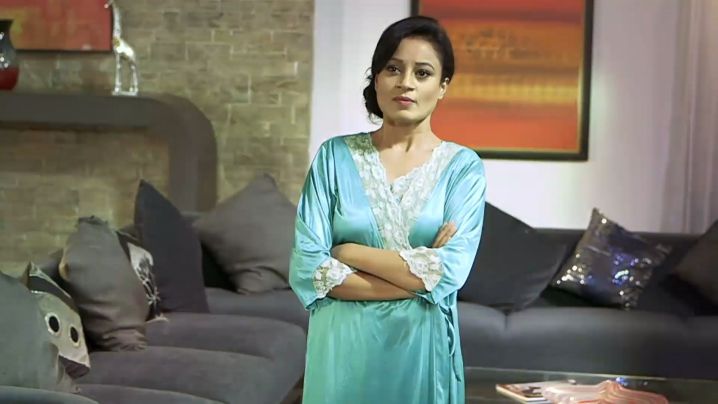 We are all imperfect in some way or the other. I knew this but I did not know that the imperfections of another person would have this kind of an impact on my life.

When I decided to get married I did not know that my life would change so much. I always thought that if I got married I would have to live with a new set of parents. That's all.

I thought of my husband as my best friend. I believed that he would love me and live with me forever.

Well, my life did not turn out the way I had visualized it.

Two years later, I realized that I was facing a new adventure in my life.

I did not cry when it was time for me to go to my in-laws’ place. I believed that I was just going to another home where a different set of parents lived.

I thought we would always live like a joint family. I assumed that my parents could come to my in-laws’ place whenever they felt like seeing me or wanted to spend some time with me and vice versa.

I could spend only 20 days with my husband because he had to get back to work in Melbourne. My mother-in-law and I stayed together for around 6 months after that. My friends were shocked when they came to know that I was staying with my mother-in-law. They immediately called me and said, “How can you live with your mother-in-law?” I said, “Why? What’s the problem?”

I could never understand why they asked me such questions. It was only later on when I started facing issues that I understood their concern.

I knew that a few things would be different at my in-laws’ place. We were able to adjust with each other completely for a while. I would return home from work after which we would sit down and watch a few reality shows together. Sometimes we would watch the news or a quiz show etc.

For six months I shared an extremely comfortable relationship with my mother-in-law. We had fun and loved spending time with each other. Then the problems started.

I knew how to cook a few dishes but whenever I cooked something, my mother-in-law would not eat it. She would cook the same dish in an entirely different manner. My dish would have an altogether different taste and she did not like that taste. So I cooked only occasionally and after a while, I stopped cooking completely.

It was awkward to cook for myself and eat by myself when both of us were living together. She wasn’t willing to teach me her cooking methods, so I never got the opportunity to learn her cooking style.

I was really mentally disturbed that day. I did not know why I was feeling so upset. I still feel it is a very silly issue. I told my husband about it. He too agreed with me and said that it was a very cheap issue. So I calmed down.

I was working, so I couldn’t visit my parents for a few months. I was still staying at my in-laws’ place. My brother missed me a lot so he would keep visiting me. This time when he came over he got me my favourite ice-cream. I never imagined that even ice-cream could create an issue.

Now her problem was, “I was trying to tell her that she was incapable of buying me an ice-cream.” I was speechless with shock when I heard her say this.

So she said, “What if he tries to hurt me? What if he has a bomb with him?”

My mother-in-law says she behaves like this because she is a widow. Other issues too started coming up. I would get very disturbed by all this. I went over to live with my parents for a month before I moved to Melbourne.

I broke down completely before I moved to Melbourne. I had not cried so much even when I got married. I realized how painful it was to live with my in-laws. I now start crying whenever I see any girl getting married.

I now understood the meaning of the word ‘Bidaai’.

I moved to Melbourne along with my mother-in-law. A few months later, I came to know that I had stolen my mother-in-law’s diary when I was back in India. I didn’t even know about it when I was in India. Now I am tagged as a thief in our house. But I don’t care about such things anymore.

Attention seekers are invariably insecure people who are just yearning for some love. Sounds simple – no? But they scorn at people who try to express their love for them. They get embroiled in a vicious circle which is full of their own negative emotions. It’s their mess and they are the only ones who can work their way out of it. Let’s share this story and master the art of living our lives even when we have to live with such people.