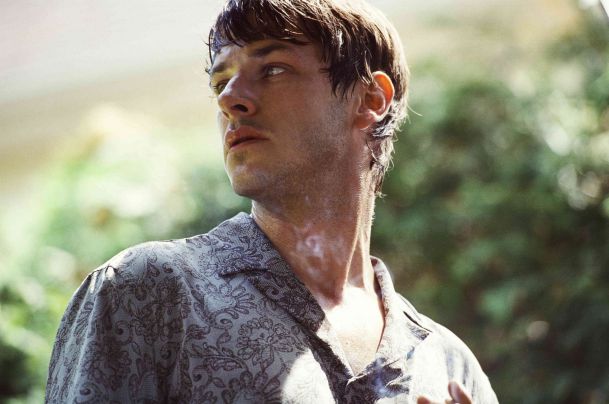 "Did she turn up?" I asked my friend after both of us alighted at the Chennai central station. I got down from the train and looked around with hope. "Forget her and move on with your life. Getting a job should be your priority Rakesh!" said my friend Sumit as he helped me carry my suitcase.

I had come to Chennai to appear for an exam. I did have the option of appearing for the exam in Kolkatta – which was only 300 km away from my house. Yet I had chosen to come to Chennai because this was the city in which my girlfriend Shayna was undergoing her job training.

It had been 10 months since I had seen her. We had gone through a rough time.  I felt as if there were no ups in our relationship.

We were experiencing only downs repeatedly. She had barely spoken to me in these last 10 months. She had not wanted me to come to Chennai for the exam.

But I had come here with the hope of patching up with her.

I called her as soon as I reached my friend's flat. She didn't answer my call. I continued to call her several times. She finally picked up the phone and said, "Why the hell are you disturbing me?" Her voice was stern. I said, "I am in the city and want to meet you." I replied politely. She said, "I have told you a hundred times. I don't want to meet you. Give your exam and go back to your hometown. There was no need for you to come here." "I need to see you. Please. Can we meet for the last time?"I was on the verge of tears. "No means no. Don't complicate things for me. Please! My father is looking out for a boy for me."

She ended the call but I could sense the frustration in her voice.

In the evening she called my friend and asked him to bring me to the Marina beach the next afternoon.

I got up early the next day morning and wore my best pair of formal clothes. I knew she always liked it when I wore formal clothes and was cleanly shaven.

I reached the place half an hour before the scheduled time. I knew this was my last chance to impress her. I saw her approaching me after some time.

She looked more beautiful than before but the smile on her face had disappeared.

"Why did you want to meet me?" She started firing questions even as she came closer to me. "I wanted to sort out things between us," I said calmly. She said, "There is nothing you can do. I have to marry the guy of my father's choice!"

Her voice had a tone of determination in it.

She then said, "Is there anything else that you want to talk about?" "No," I said half-heartedly. She then looked at my friend with a smile and said: "Let's go out for lunch!" We went to a restaurant which was close to the beach.

But she was not ready to even hear me out fully. The meeting came to an end after we had our lunch. She then said, "Write your exam properly and go back home. Don't contact me."

It was as if she was giving me instructions.

"Can you fulfill one last wish of mine before we part ways?" I asked her. "What is it?" she asked. I said, "I want to go out on a movie date with you. I have never been out for a movie with you." I was literally begging her to do this. "No. Never. Forget me. Bye!" she said as she walked away. She crossed the road hurriedly.

And I stood there watching her with tears in my eyes as she faded away from my sight.

I appeared for my exam the next day and reached the Marina beach with a lot of hope. I thought that maybe if I called her there again, her heart would melt and she would turn up. I kept calling her but she didn't pick up the phone. Finally, she picked up the phone just once.

I told her that I was waiting at the Marina beach for her. She didn't reply. She hung up without saying anything.

I waited there for her until almost midnight. I looked at all the people who alighted from all the LT-216 buses. She had come by this bus to meet me yesterday. I hoped that she would get down from one of these buses.

I hoped she would turn up. But she didn't.

It was my friend who finally came there and took me back home. All I could do was to hug him and cry my heart out.

It has been four years now. I have settled down well in my life. I work in a reputed company. She is happily married to a guy of her father's choice.

But even today whenever I think of that experience my eyes fill up with tears.

Sometimes we are very clear that we don't want to hurt ourselves and others with our decisions. We know that if we listen to our heart - things will spiral out of control. There is simply no room for emotions at such times. So we speak shortly, brusquely and firmly. It hurts. A lot. But we also have to deal with it and move on with our lives. Let's share this story and light up this young man's life with our love.