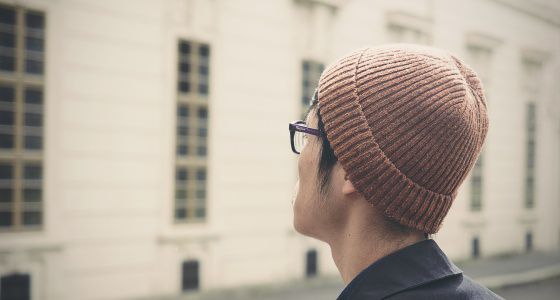 Losing your best friend is far more painful than a fall out in a romantic relationship. I met my best friend when memories of my past were haunting me. Nearly two years ago, I switched companies and she was on my team.

We were formally introduced at the office and eventually got to know each other when our team organized a day trip a few months later. There, we got close and that’s how we began sharing our stories, likes, dislikes and other views on life and more.

She is an amazing girl. She’s sensible, caring and very, very smart. I really enjoyed my time getting to know her. As time passed by, we became best friends. She helped me get out of this bad phase I was in, because of my previous relationship and had inspired me with her own story. Coming from a failed long-term relationship herself, she had great and insightful advice into the life of a single soul for me.

Quickly, she became my closest friend. We didn’t care what people thought about us, or the rumors that they spread because we knew what we had was true and definitely worthy of their jealousy! After a year or so, a third person joined this mini group of ours. The three of us spent a lot of time together, partying and enjoying our time together. Now, a lot of people began talking about the two of them. He was a married guy and this could potentially ruin a lot of things.

The three of us spent a lot of time discussing what we should to, but again, we thought to ignore them seemed like the only sensible option.
After a month or two, I couldn’t stay in touch with them because of a shift in my work timings and schedule. When I was back to my normal timing, I was really happy and I hoped that I could spend more time with them. I don’t know how or why, but things had changed between us. They would come and talk to me only during breaks and then nothing for the whole day.

I tried to figure out what happened, but the only option I had left was to confront her about this. She took this in a wrong way and thought that I was doubting their friendship. I tried to explain to her that I would never have insinuated anything like this and that she should know better. I just missed having her in my life. Eventually, she told me that he had some family issues and only felt comfortable sharing them with me. I understood this and told her that she should be there for him. But in the coming days, I just felt ignored and left out. We even stopped texting.

One night, I got drunk and ended up texting her the whole night. I told her that I wanted her back and that I would do anything for that to happen. She asked me if I was doing this because we were friends, or was there another reason that I was keeping from her. Truly, I never had such feelings for her. And I told her this.

After that night, I felt that her actions towards me were forced. Even when she is with me, I still feel ignored. They are having their own time and now don’t even bother to call me during the breaks. I wonder, am I overthinking, or have I lost my best friend forever?

Share this story, because we know that there's nothing worse than saying goodbye to a true friend.