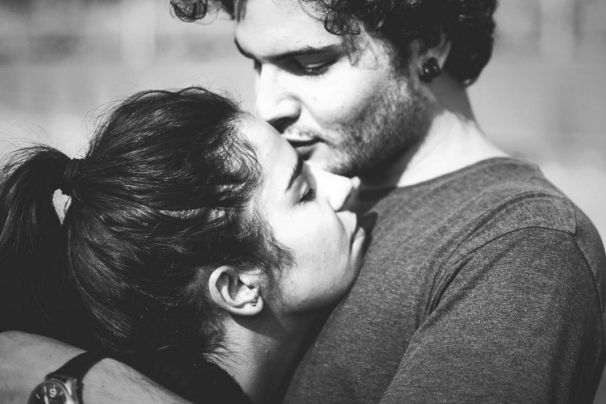 I am an introverted extrovert. I love talking to people but only to those with whom I feel comfortable. I am the girl who always has a charming smile on her face. I was pursuing engineering, and everything was going smoothly in my life until I met the guy who was just the opposite of me, in the second year of my engineering. He was from another section of the same batch, but we never interacted with each other.

We met through a common friend. He was calm, silent, polite and a classic introvert. I didn’t like him in the first meet, and in fact, I had a very negative image of him because of his not so friendly attitude. But then time passed and we started meeting often. We would bunk class and hang out at the library, canteen, college campus, and outside also but always in our group. Initially, it was quite normal between us. Like others, we were having normal chats but I don’t know when the winds turned on and irrespective of the time, place and people we couldn’t keep ourselves from exchanging texts for a long time.

Then I came to realize that he is such a nice person to talk to. At the time, we had no WhatsApp, no smart phones, just text messages. We had only a few face to face interactions and phone calls but 100 messages in a day were also not enough for both of us.

People started saying that something is cooking between us because even though we were sitting in front of each other, we were still exchanging texts. Our relationship was not dependent on words, it was based on complete understanding where only a single word could express our feelings and sometimes even that single word was not required. With time, our group of friends were left behind and we started meeting alone. We never openly accepted our relationship because it was not really necessary for both of us to publicize it. We knew very well that we were madly in love and had the utmost dedication to each other. But we didn’t even acknowledge it to each other. From coffees to lunches and dinners to movies, time was flying.

Then, the day came when I actually felt complete, divine and on top of the world when something very unexpected happened to me - our first kiss. On 27th Dec 2011, we went for a movie, Don 2. It was winter and I reached a little late for the show. He is a big SRK big fan and was a little angry with me for that. I got upset too because I came late and made him angry but he read my face so well and without saying a single word, he moved his hand towards my arm to make me smile and embraced me tightly.

I felt so pleased and went with the flow. I moved my hand towards his chest, he was wearing an off-white jacket. It was the first time we were so close.

Then he kissed me on my forehead. I smiled and leaned on his shoulder. I was feeling so relaxed in his arms that I wasn’t even interested in watching the movie anymore and just wanted to be in his arms like that forever. My love for him allowed me to take it a step forward. I closed my eyes and started kissing him on his hands, shoulders, all over his face, forehead, eyes, cheeks, nose while he was calmly sitting, enjoying the moment we both were in. At that moment, I don’t know when and how my lips landed on his lips and just after that, I realized that I kissed him. It was not in the plan actually, but it happened.

After that when I opened my eyes, I glanced at him and he was looking at me in surprise. I smiled shyly and buried my face in his shoulder, in response he lifted up my chin and kissed me back.

The kiss was so intense and yet peaceful at the same time that my whole body got chills. It was our first kiss! When we were kissing, our tongues, teeth, lips made deep contact, he rounded his tongue in my mouth. The feeling was so pleasant and good that even words cannot express them completely, and I still feel goosebumps whenever I think of that special day of my life. It’s been 8 years now that we have been together and have had so many kisses but none can match that first one. We live in different cities but are still connected through heartbeats. He is the man of my dreams, my hero and my life.

He completes me in all ways, we are two bodies, one soul and I am praying to God that we will remain like this only forever.

Share this story if you also feel the same kind of love for someone, the kind of love with fewer words, more feelings and a promise of forever.