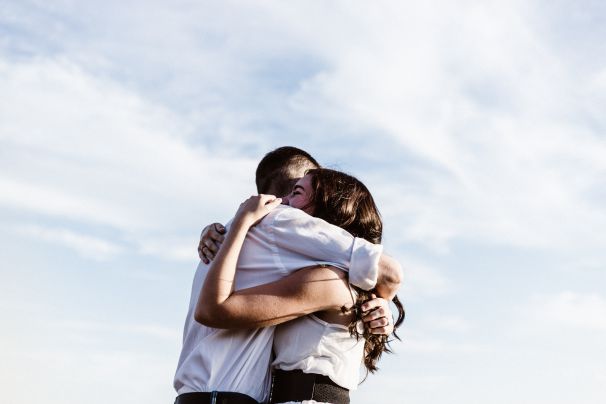 My childhood was a disaster.

It was filled with heartbreak, insecurity and mental abuse, all from my own parents. As a result of this, I’m now yearning to be loved. And that’s when I met this guy. I saw him for the first time in our school assembly, he was ready to give a speech in English, as a punishment for speaking in Tamil.

I was in the 11th standard. As he walked towards the mic and began speaking, the power went and in the next minute, everyone burst out laughing. This happened twice and I have to say, I laughed too, but I also did feel bad for him.

When he finally finished his speech, there was a thunderous round of applause in the auditorium. I felt oddly proud of him.

A few days later, I got a friend request from someone who had the same name as an old friend of mine. I accepted it immediately and after we spoke for a while, I realized that I was wrong. I stopped talking to him. He had no profile picture and told me that my friend was a bad girl.

He was an anonymous guy and I refused to believe a word of what he told me. But as time passed, I realized this stranger was right, about my best friend.

I apologized to this stranger, but never saw his face. The more we spoke, the more curious I got. One day I asked him to upload a picture of his. He was shy, but he did upload one. It was blurry.

We began talking, a lot more. I started telling him all my secrets and kept his secrets too. One day, he told me it’s time to meet, in real life. I had butterflies in my stomach. I was excited!

He told me his exam hall was right in front of mine, and that we could meet the next day. I agreed, but I was shy. I couldn’t stop wondering what he was going to think of me.

The next day came sooner than expected and there, in the classroom, our eyes met and we both knew instantly that we were looking at the person whom we had been connecting with, so closely, over the weeks.

As I sat for my test, I tried to concentrate but couldn’t stop myself from smiling. Thirty minutes later, it turns out that the paper we were working on was actually the wrong one, and our professor came by with the right one, which was much, much easier! I laughed, thinking that he had become my good luck charm.

Days later, I was searching through my old stuff and found a picture from when I was in the first grade. I shifted schools every year, because of my parents. And that’s when I saw a familiar face, staring right at me. It was him!

I couldn’t believe my eyes. I texted him immediately and told him that I knew him… I finally recognized him. Our chat lasted for hours and we couldn’t stop laughing about how fate was working for us. He even told me that he saw me, in the auditorium, and that’s why he texted me. I couldn’t believe it! He was the same one who made that speech!

After almost a year of us being friends, when we were texting, he tried to ask me out, indirectly. I laughed and asked him, “Do you love me?” He was shocked and told me that he wouldn’t have said anything and he even apologized frantically for it.

It took me a while, but I texted him and told him that I loved him too. In that second, I knew that we had a beautiful bond; we were star-crossed lovers and it’s been five years now.

I’m getting all the love, affection and care that I’ve missed in my life. He’s not a Romeo, neither does he buy me gifts or take me out on long, romantic drives; we fight too, like most couples, and we have our own set of problems, starting with the fact that we both are from different religions.

But we’re in love. We’re ready to fight for each other, and our love grows, constantly. And I would choose this, his love, every single time.

Don't get fooled by a man who buys you expensive gifts or takes you out for romantic dinners. It's the ones that stick through, despite the odds that you'll are against, that make all the difference.

Share this story, because when love finds you, you should give it more than a fighting chance.