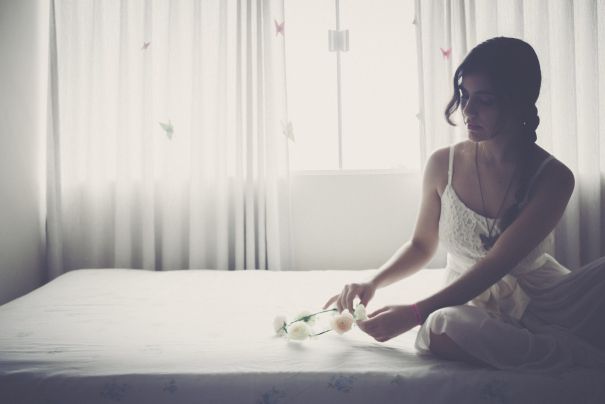 I am nearing 30 - a married woman with two kids and their future ahead of me. Now I just look 10 years back and think how stupid and naive I was. At that time I only wanted love, the SRK-movies kind of love. All I wanted was for someone to come randomly from somewhere and sweep me off my feet. It's pathetic to think now and I don’t know why I thought like that. I had a perfect job, a happy, lovely family but still don't know why!

I really dreamt of my SRK to come and meet me, but this feeling never stopped me from aiming high in my career. I wanted to do something big and I was focussing on it too and doing pretty well.

But what's weird is someone did come in my life, not like the movies but somewhat similar. I don't know how we became friends, and then lovers. His appearance, his words, his touch, everything was magical and when I went near him I rarely thought about my career or my ambitions. I was so addicted to him that I just wanted to be in his arms. I don't know was it was, physical or emotional, but it seemed to me at that point that it was love. Love makes you do crazy stuff, it actually made me do many crazy things and one of them was marrying him.

Today 8 years of marriage, 2 kids and the thought of their future, makes me feel that I somewhere made a mistake.

No, marrying him and loving him can never be a mistake because he is a loving husband but hurrying things and not thinking about my future as an individual, was really a mistake. It took me a long time to realise that in my hurry to find love, I had lost my individuality. Yes he loves me, yes he earns pretty well, yes our kids are blessings, and yes I too, work, but no it doesn't satisfy me. I feel something is missing. Love marriage never gives you a chance to plan your future, instead, it becomes a field where we are the players, playing to please our mummyjis because apparently marrying without their consent is a crime. And they don't let us go, there is a constant pressure to make them happy so what's better than giving them a grandchild, and then another?

This same lame story happens everywhere, exceptions are excluded. Who suffers? But then it was my mistake, isn't it?

Share this story with your thoughts because it makes one wonder if it's about a destination or simply the journey.