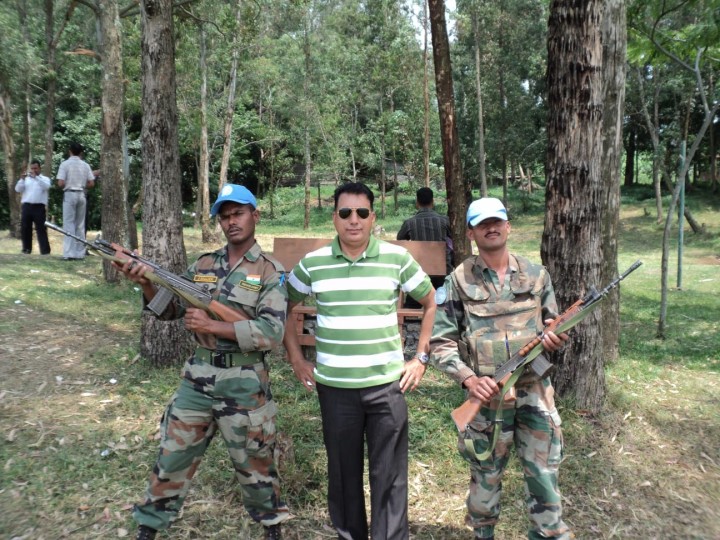 In the army, your posting is determined by your trade; however, typically, it takes place every three years. Since my father has served almost 3 decades in the army, he has been posted to several places like Leh, Laddakh, Siliguri, Assam, Nashik, Jammu, Nagrota, and the list continues. Some unforgettable reminiscences would be Kargil and Jodhpur's battlefield and the integration with United Nations Organization for a successful peace-bringing operation in Congo (Africa).

He had joined the military in 1985 and was meant to retire in 2015 with the best possible rank of Honorary Captain, but a severe road accident led to his early classified retirement in the year 2014 with the second-highest rank in his category, which is Honorary Subedar Major.

I feel the most challenging phase of being a soldier is not being a soldier outside the battlefield. They are skilled to be rough and challenging so that nothing can shake them. Not even the freezing cold or the melting heat can affect their dedication and will.

I come from a family where every person has an army background. My father’s three brothers were also in the armed forces, and most of my friend’s fathers, too, had been or are still veterans or serving army officers. And owing to my rich military background, it was my dream to serve the country. But, an untreatable medical situation forced me to bury that dream raw.

As a kid, we were taught about manners and etiquette since childhood. We had been taught to recognize not solely the elders but also each and every being that has existed in it. We have been taught what’s ethical, ethically correct, and how to keep away from being wrong. We apprehend the meaning of National Security, and consequently, we’re always careful not to divulge too much data to civil sources.

My father was once a senior aeronautical engineer in the military, and still, I recall asking my father and his fellow officers about a variety of parts of the helicopter, how it works, and what significance it had. Those half days where we spent hanging around from one hanger to the other and being in awe of these heavy flying beasts still makes me smile even today. It also made me realize that my favourite helicopter was ALH or Advanced Light Helicopter.

In the end, I would say that growing up as an army child has its own difficulties, but I wouldn’t have it any other way—massive respect to each being, martyred or alive, who has served the country in many different ways.